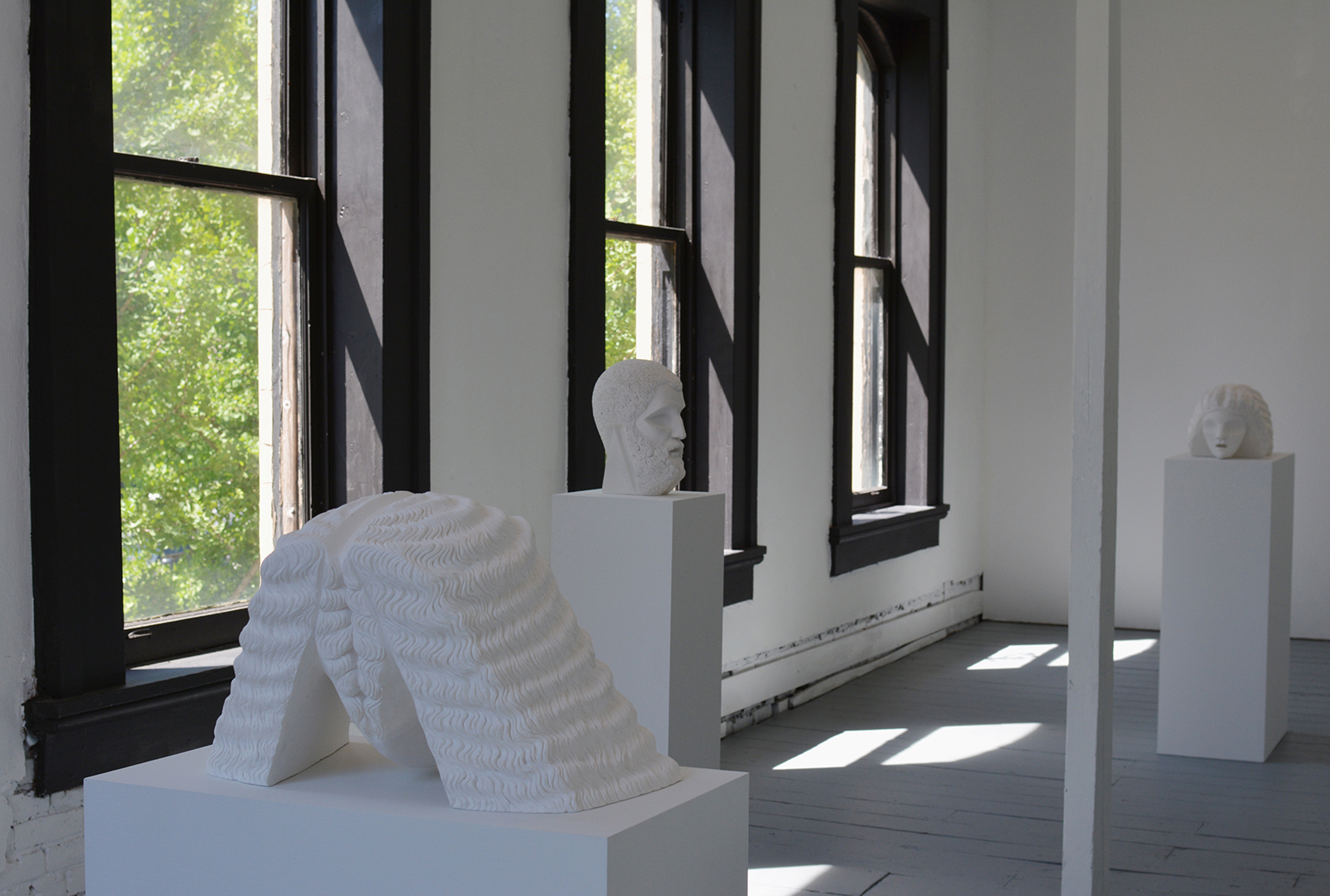 Marc Mitchell: I would like to start by acknowledging that all of you hail from elsewhere. What was the appeal of moving to the Southeast, a place not synonymous with revered art-scene?

Katie Geha: I moved to Athens for the job at UGA (University of Georgia – Athens). It was appealing because it was a teaching position; it allowed me to continue to curate and run a small arts organization. Having lived in Iowa, New York, Chicago, Austin, and Kansas, I knew that art can and should happen anywhere.

Craig Drennen: I moved to a Georgia to reroute my employment trajectory. I’d been working at museums (primarily in New York City) but thought I had a skill set better suited for teaching. I also had an idea that true innovation might be able to happen at the periphery. Outside of Rome, so to speak.

Pete Schulte: In 2011, I arrived to teach at the University of Alabama. Since then I’ve traveled extensively across the region and have been astounded by the number of artists, particularly mid-career artists, who seem to be pushing the envelope in meaningful ways. It seems that working in the margins – outside of ‘Metropolis’ – can be a healthy place to build a creative life for some people, myself included. 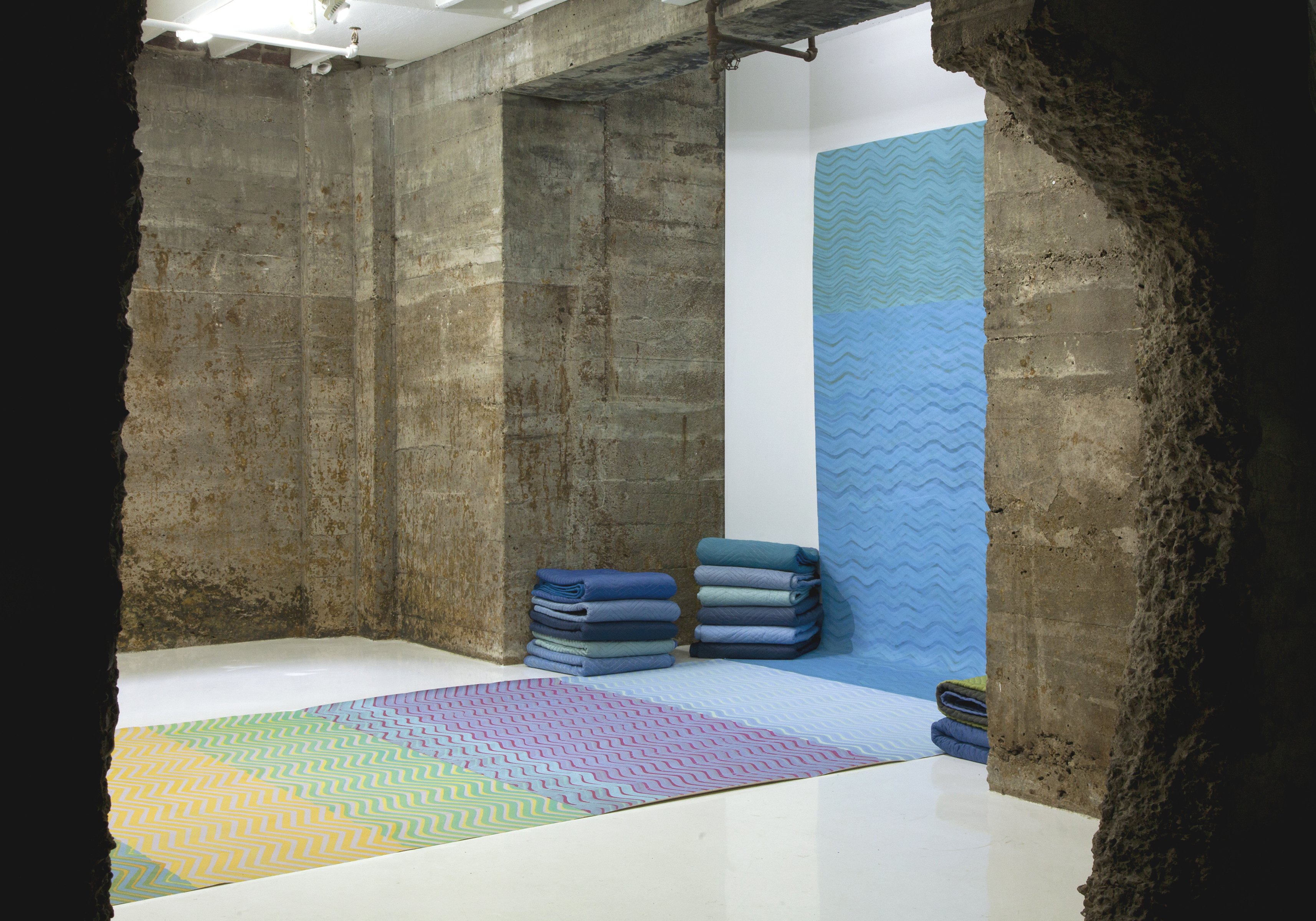 MM: The Southeast has a growing network of galleries (Howard’s and Tif Sigfrids, Athens, GA; Institute 193, Lexington, KY; Tops, Memphis, TN; Good Weather, North Little Rock, AR; Fuel & Lumber, Birmingham, AL; C for Courtside, Knoxville, TN; and others) that showcase artists within the region and beyond. Can you talk about how these spaces have created opportunities or influenced work in our region?

ML: C for Courtside is a great place to see artists from beyond Knoxville. This connectivity to other communities, whether regionally or nationally, is important. I’ve lived in other ‘off-center’ places, some much larger than Knoxville, and have been disappointed by the insularity of the art community. I am really looking forward to the TN Triennial. I imagine this will continue to expand the reach of the Southeast.

PS: I think that the quality of programming at the spaces mentioned raise the bar for both artists and venues alike – which is a good thing. While there is strength in numbers and attention garnered, it’s difficult for me to quantify how this has generated specific opportunities. It’s important to note that almost all of the spaces that you mention are artist-run. I am of the opinion that artists, and subsequently artist-run spaces, are always leaders when it comes to recognizing and promoting work that is innovative and/or falls outside of current trends.

The Fuel & Lumber Company, founded in 2013 by artist Amy Pleasant and I, doesn’t follow the traditional gallery model. It’s not bound by a brick-and-mortar space or a specific schedule of programming. Most importantly, we have no desire to be involved in the exchange of currency or the ‘dealing’ of art, which inevitably seems to lead to the demise of most artist-run spaces.

KG: Tif Sigfrid’s and Howard’s are the only real commercial art galleries in Athens, which I think has an impact (though I wish more) in terms of attributing value to artwork, the role of the patron, and an artist’s struggle to live off her work. Tif and Ridley are in the business of selling art, which includes promoting artists and contemporary art to an audience outside of New York or Los Angeles. I think it has upped the game for artists in Athens and provided a bit of art world cred outside of Georgia.

CG: The spaces mentioned were created in response to perceived shortcomings within local scenes. As an artist, it can be exasperating to deal with art communities that are repetitive and conservative. People create a platform for the work they want to see. Tif and Ridley have a fantastic operation and are an asset to Georgia.  Laney Contemporary (Savannah, GA) and Day & Night Projects (Atlanta, GA) are doing great things too.  Even Burnaway (Atlanta, GA) was started because the founders were frustrated by the lack of art criticism in Atlanta. I’ve started a space, THE END, in the front of my studio space for the same reasons. 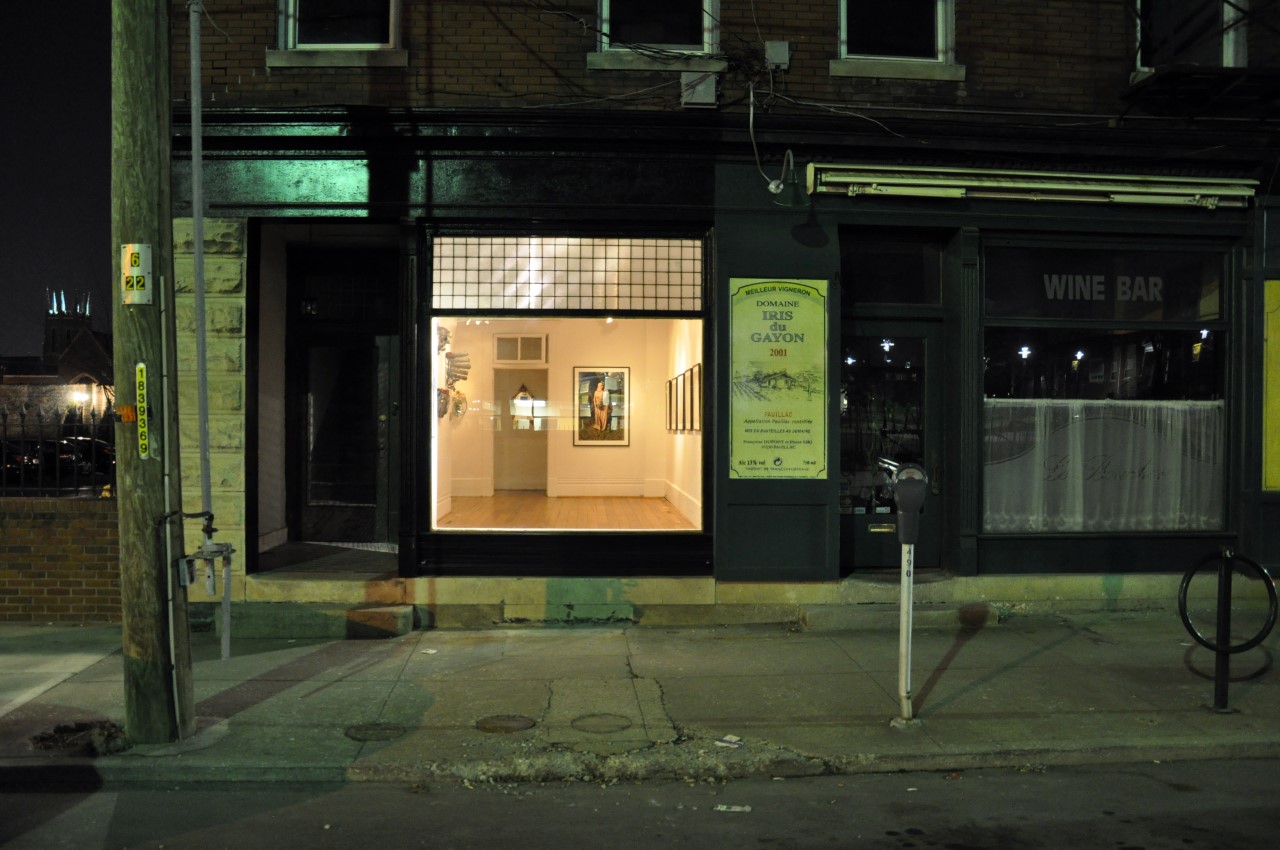 MM: As highlighted, the Southeast relies heavily on alternative spaces for highlighting contemporary art. Given you all teach at universities within the region, how do you see these venues helping recent graduates (BFA/MFA)?  In addition, do you feel there is a strong collector base that supports artists in the region?

CG:  I’m interested in how everyone else will respond to these questions. In terms of recent BFA and MFA alums, the alternative spaces are really crucial for providing venues for those first exhibitions out of school. Atlanta has grants for projects and studios, which is extremely helpful to young artists. This allows artists to organize exhibitions or projects with very little funding. An example is Scott Ingram’s recent project utilizing buildings slated for demolition and became a de facto Atlanta Biennial.

As for collectors, I think it’s more complicated. Coherence and relevance seem to play a role. If art produced in a city or region seems incoherent or irrelevant then it’s hard for anyone to advocate for it. One role art criticism performs is helping audiences understand why work is relevant. Serious collectors gravitate toward those same qualities. I know many collectors in the Southeast that are active and engaged. f a gallerist can match that level of commitment to contemporary art, then collectors seem ready to work with them. Perhaps the South need its own Helter Skelter exhibition like the one mounted at MOCA in Los Angeles.

KG: I’m always encouraging my students to “make their own art scene” rather than relying on someone else to organize it for them. This often takes the form of the alternative space, apartment gallery, or an artist-run space. By creating their own space, individuals forge new relationships with peers and learn about the practicalities of being an artist beyond the studio. In many ways, I try to run the Dodd Galleries like an experimental space –– encouraging established artists to use the space as a testing ground for new ideas or soliciting proposals from students that require them to curate and develop their own programming. I strive vibe similar to the Nova Scotia College of Art and Design’s gallery programming in the late 1960s through the 70s (key word: strive).

I don’t know a lot about collectors since I generally don’t work with them. However, I do work with our board and fundraise for the galleries. UGA has tremendous support from alum and I believe wholeheartedly that art is a fundamental part of education. It’s easy to solicit funds for something I deeply believe and trust in.

ML: Curatorial work is a shared interest among faculty and students at UTK. Recently, several graduate students created exciting projects focused on exhibiting the work of others. For example, Kelsie Conley and Marla Sweitzer created Bad Water, an exhibition space impressively built from an abandoned garage. That is all to say that, while the students absolutely benefit from these spaces, they are also giving back.

PS: While I agree with all of your assessments about alternative spaces, I have also noticed a curious shift that I would like to highlight. While it’s typically the youthful energy of recent grads and young artists that fuels alternative spaces, most of the spaces mentioned (with the exception of Mild Climate, Bad Water, etc.) were founded and are run by mid-career artists with proven track records. I’m not exactly sure what to attribute this to; an anomaly, a generational shift (aging punks), lack of opportunities for artists, or simply semantic hair-splitting from my skewed perspective? Whatever the case, this crucial aspect of art in our region seems to be propelled by those who have been around the block a few times.

I do not feel that there is a strong collector base within the region. The majority of prominent artists in the South sell work elsewhere. Just like most serious collectors in the South tend to buy elsewhere. However, Birmingham is fortunate to have a small group of passionate and knowledgeable collectors who are dedicated to contemporary art and support local artists on occasion.

CG: I’d agree with Pete regarding mid-career artists who start DIY exhibition venues. I’d like to circle back around to Katie’s point about the university galleries serving as a genuine testing ground, because I think that’s really important. I would even say that Katie and Marc are both great role models for how gallery directors can set a tone of artistic rigor and “aliveness” within a university. That can be very contagious.

Marc Mitchell is an artist/curator that teaches at the University of Arkansas.