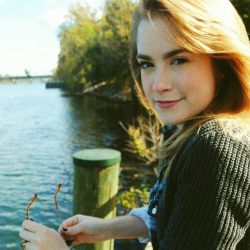 CC Calloway (b. 1993, Augusta, Georgia) received her BFA in Printmaking + Book Arts from the University of Georgia and her MFA from the University of Texas at Austin. CC’s art practice is interdisciplinary, ranging from traditional printmaking processes, sculpture, and installation, to new media, sound, video, and web-based work. In her work and research, she considers technology’s impact on the human condition, communication, gender, and spirituality. CC has written and self-published four books of poetry, including one book of photography entitled My Favorite Word is Nothing.

CC has exhibited widely across the US and internationally, most notably at the Museum of Contemporary Art of Georgia, Peckham Park in London, UK, and Jonathan Hopson Gallery in Houston, Texas. Currently, CC is an artist-in-residence at Stove Works in Chattanooga, TN. CC has participated in many residencies including the Ox-Bow Fellowship, Atlanta Printmakers Studio (EAR), the WonderRoot Hughley Fellowship (formerly known as the Walthall Fellowship), and the Ossabaw Island Residency for Arts and Science. Her work has been featured in BURNAWAY Magazine, Glasstire, Number Inc., LOCATE Arts, and GLITTERMOB Magazine. CC is also an arts writer and poet, contributing to BURNAWAY, Number Inc, and other publications and alt lit mags. 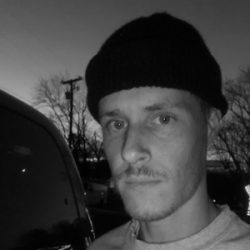 Bradley Marshall is an artist, writer, and educator located in Nashville, TN. He received his MFA from East Tennessee State University and attended the Skowhegan School of Painting and Sculpture in 2018. Recent exhibitions include Teachable Moment at Stoveworks, Chattanooga, TN, Profound Movement 2018 at Houston Center of Photography, and Tight As Leather at Parallelogram Gallery, Tampa, FL. 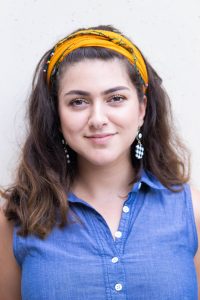 Nuveen Barwari is a multidisciplinary artist. She completed a Bachelor’s of Science in Studio Art from Tennessee State University in 2019 and is a 2022 MFA candidate at the University of Tennessee Knoxville. Barwari participates in a transcontinental, improvisational exchange of materials between Kurdistan and America. This exchange often extends beyond the studio, installations and manipulation of materials and into performances, co hosting the Newave Podcast, and through an online shop called Fufu Creations that supplies apparel and art internationally. Fufu Creations was a featured designer in Kurdistan’s first ever fashion week in 2018. 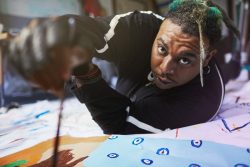 Nashville based artist, Marlos E’van received their BFA from Watkins College of Art, Design, and Film in 2016. From street art to canvases; from performance art to film-making, E’van interweaves different mediums such as painting, performance, and filmmaking to create worlds in which their art lives and has caught recognition from publications such as Hyperallergic, Burnaway, & Native Magazine to name a few. In addition to their work as an artist, E’van cofounded/co-designs M-SPAR, McGruder Social Practice Artist Residency out of the McGruder Center in North Nashville. 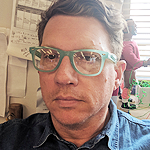 Mike Mitchell is an artist who educates at Father Ryan High School. He makes art under the moniker mikewindy (all lowercase and conjoined) as a love note to his beautiful bride of 21 years. Cowboy Concept Y’all is a figment of his imagination and a folk-art critic that creates music and has a youtube channel about artists in Nashville and beyond. Even though he is too old he still skateboards with his 10-year-old son. 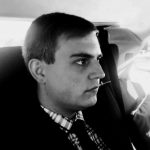 Clay Palmer is an artist, writer and curator based in Memphis, Tennessee. Clay graduated with his BFA in Studio Art as a University Scholar from the University of Tennessee at Martin in 2017 and is currently pursuing an MFA in Painting as a Graduate Teaching Assistant at the University of Memphis. His work has been featured in numerous exhibitions, including the 2016 FL3TCH3R Exhibit, Art of the South ’17 and ‘18, and Young Collector’s Contemporary 2019. He also received the Graduate School Purchase Award in the 36th Annual Juried Student Exhibition at the University of Memphis. Clay’s painting practice centers around his beliefs as one of Jehovah’s Witnesses and considers important topics such as faith, persecution, and societal unrest. 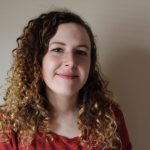 Christen Parker is from Monroe, Louisiana, where she received her BFA in Painting and Graphic Design from the University of Louisiana Monroe in 2013. Following her undergraduate degree she became interested in translating her work into three-dimensional pieces. She received her MFA in Sculpture at The University of Mississippi in 2019. She is currently an instructor at University of Memphis and Southwest Tennessee Community College. 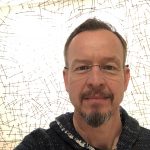 Randy L Purcell is a visual artist living and working in Middle TN. He tried many occupations before finding his love for the arts. At the age of 41, he received his Bachelor of Fine Art from Middle Tennessee State University. Since graduating he has worked in several media, but his primary focus has been on a process of transferring ink, from recycled magazines, onto a thin layer of beeswax. The result of this process helps convey his interest in memory and its connection to Art.