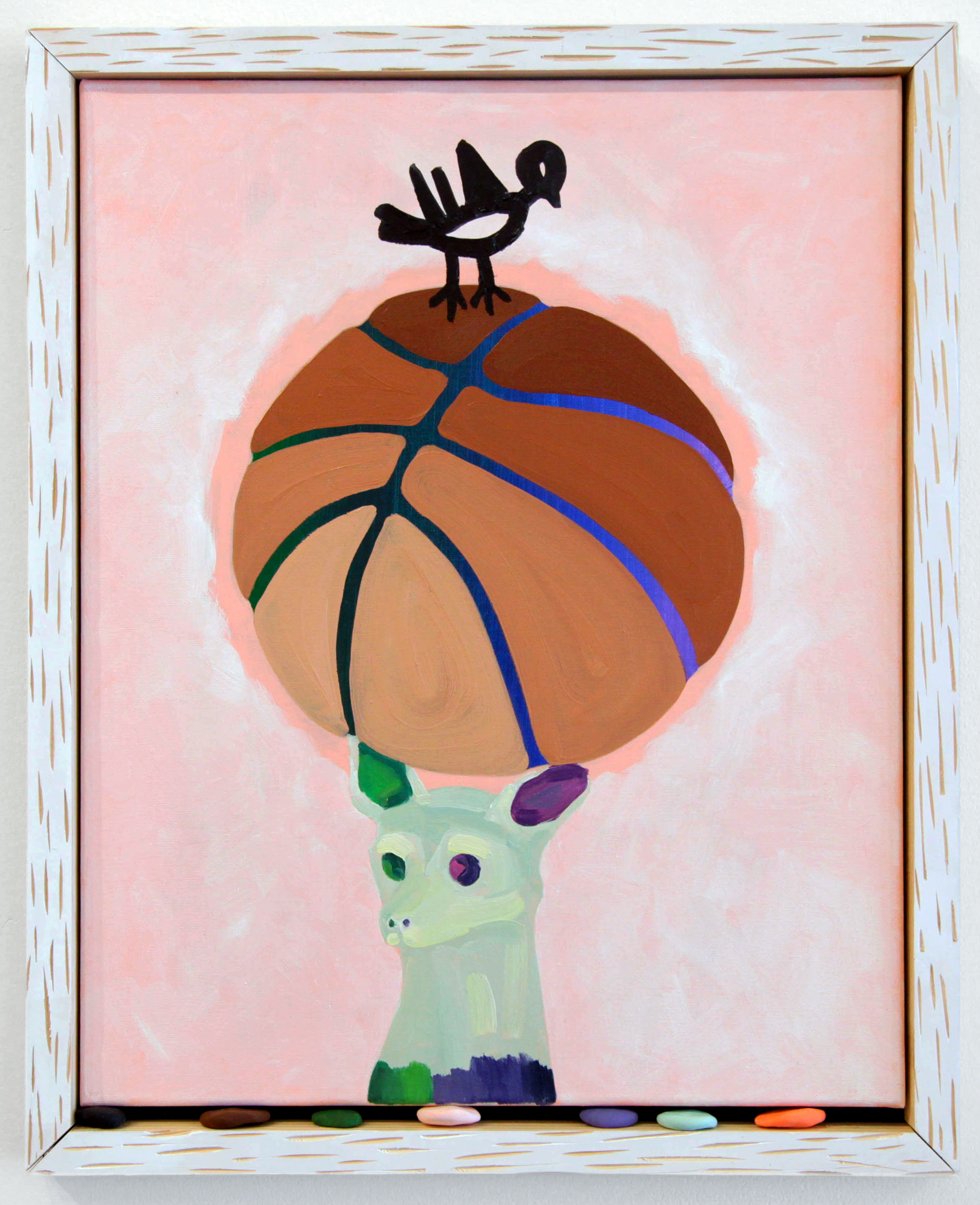 Art Either Is or Is Not (Powerful) 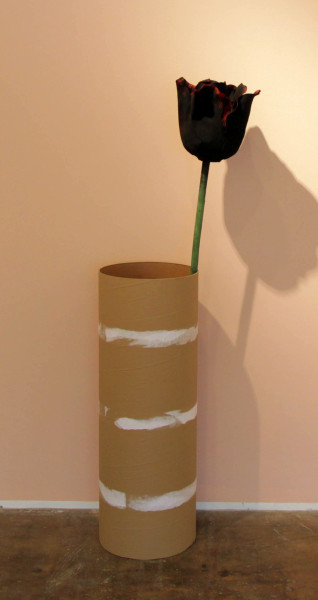 What is or is not art is ineffable. You sit back and let the following images emerge like still frames in a nature-themed screensaver: the Pyramids at Giza. Bernini’s St. Teresa. The ceiling view of the Sistine Chapel. A wall Basquiat painted in the 1980s. Andy Warhol’s shoes. Trojan horse. Venus of Willendorf. A romantic painting of Ophelia. A photo of an orchestra conductor from behind, his arms outstretched. Over-muscled gods and goddesses in master drawings. Picasso’s blue period, when he painted sad people with long toes. The Gardens at (fill in the blank.)

Now you listen as the voice of a narrator plays in tandem with the images. The voice of the narrator is like those on pseudoscience History Channel shows about the Knights Templar. The voice says: “This is art. Art has inspired man since time immaterial. Before written language, there was art. Art has inspired some of the best and worst acts of men. We revere our artists like few other cultural figures. But what is art? What makes our brains recognize art as art?”

At this point, you turn your attention away. You get up and go to the fridge for the leftovers. You see a fridge magnet that you have had for years. It is a plastic mold in the shape of the state of Tennessee, with script reading “The Volunteer State” scrawled across it in golden letters. “Is this art?” you ask out loud. Your partner, who is sitting on the couch reading a book about Henry Kissinger, responds, “Are you high?” and turns back to her book.

At the museum, there are a lot of paintings of white people from European history. These are the paintings on which the museum stakes its reputation. In the cold galleries, a docent leads a tour for a church group. An outspoken older man contradicts the docent at every opportunity. He asks why the museum has changed its historical annotations from the traditional “B.C.” to the secular “B.C.E.” The docent demurs. Some people drift towards the gift shop (the gift shop is a huge relief to most museum-goers, myself included.) Museum security follows at a steady gait behind the rest of the group, asking people not to take pictures with their iPhone.

In another gallery, a school group makes its way around an exhibition about Internet cats. The exhibit is called Wacky Cats!It’s how the museum makes its money, appeals to a younger audience. A bright young girl about eight, with lucid blue eyes and a swath of dark hair, pipes up in the back. “Why is the museum pandering to us with this cat stuff?” she asks the docent.

But the docent, a retired teacher who leads tours out of love and interest, is not about to take this shit: “You can’t understand what’s good about this art by judging it solely on its ability to drive traffic and money into the museum,” says the docent. “Sure, it gets people in the door. Who doesn’t love cats? But if you looked a little deeper, you’d see that our collection of cat-related ephemera is superior and more critical than what you might find on the Internet. Besides, to dismiss popular culture as irrelevant to contemporary art aesthetics is to live in a delusional world.”

“But,” replies the small child, undeterred by the docent’s dismissive tone, “I see pictures of cats all day. I come to this museum to see images otherwise forgotten if we didn’t have public institutions to promote them. If the content is driven by less-than-ideal market forces, how can we separate the value of what is presented inside from the problematic conditions under which this exhibition is born?”

The docent sighs. This isn’t the first petulant eight-year-old she’s seen today. “We live in a capitalist world,” she says. “It’s cats or the highway, kid. If you want forgotten images, you should get on a subreddit.” 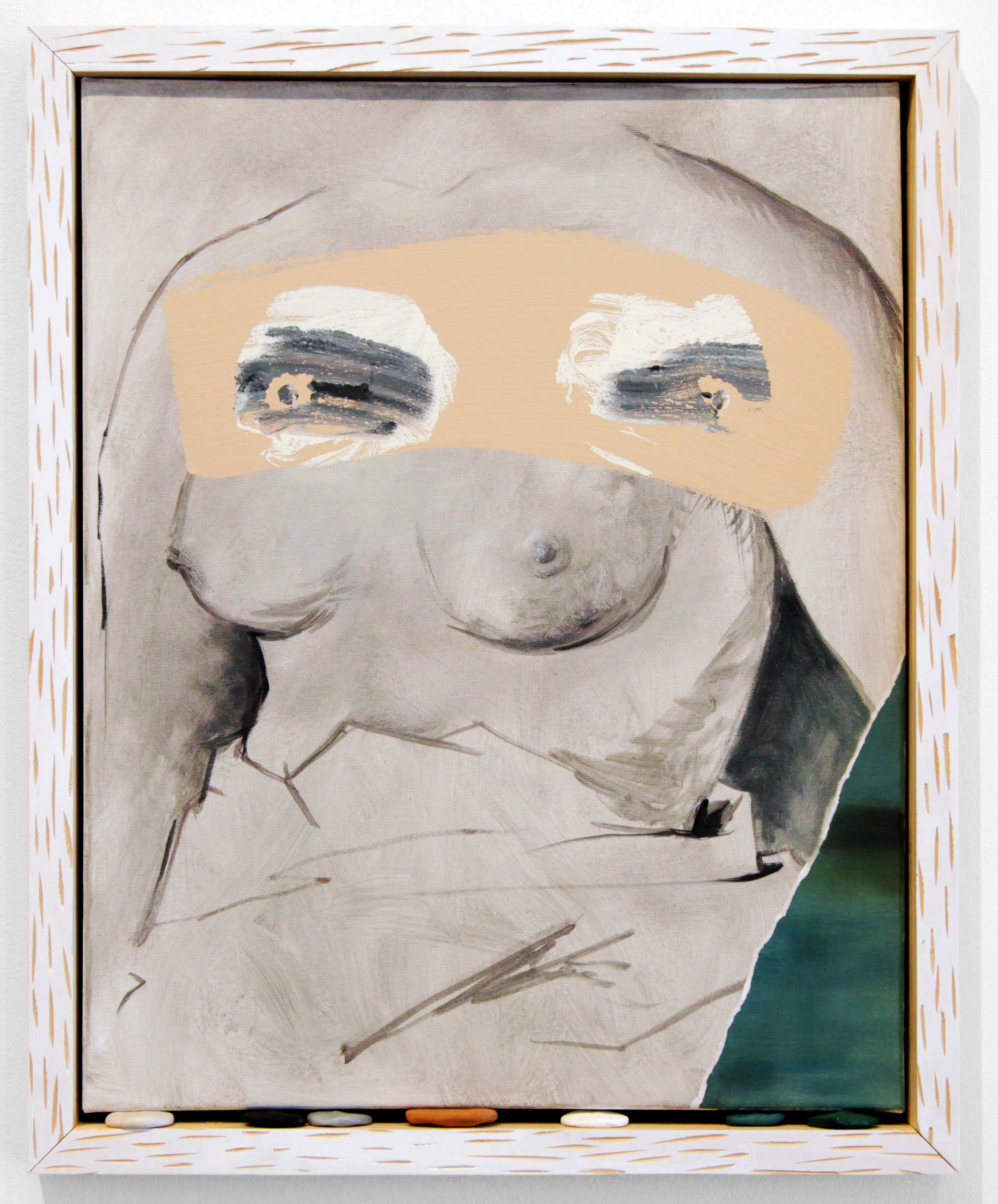 I recently subscribed to the New York Review of Books. It seemed like a serious thing to do. I’d never actually read the NYRB before I subscribed, but it appeared as a vague symbol in any network of guilty thoughts: “If you didn’t drink so much,” I told myself, “You would probably read the .”

I’m not sure where I got this idea, but it proved true. I quit drinking last year and now I read the New York Review of Books. I read it in the morning while I drink my coffee, before my boyfriend is awake. So far, it is the high-minded, liberal publication I always imagined it to be, full of articles about Greco-Roman revivalism, civil war revisionism, and the personal habits of Peggy Guggenheim. The personals section is amazing: “Stunning lack of pretentiousness” boasts one. “Smart, lonely, 80-ish woman. Will answer mail from all,” says another. Most personal advertisers list some kind of meritocratic credential, such as a Yale degree or excellence at tennis. Many talk about France. I imagine they like dates at museums, like I do. Well, like I sort of do.

This morning, I read an article by Martin Filler called “Hanging Out with Hitler,” in which Filler reviews several books about Hitler’s architectural preferences. Hitler apparently liked mountain chateaus, low tables, large Nazi emblems, and “Stripped Classical” design, which “became fashionable among those who abhorred both the most advanced Modernism—which we now call the Bauhaus design—and kitschy historical revivalism.” The article buttresses the “crucial part aesthetics played in advancing the Nazi agenda.” 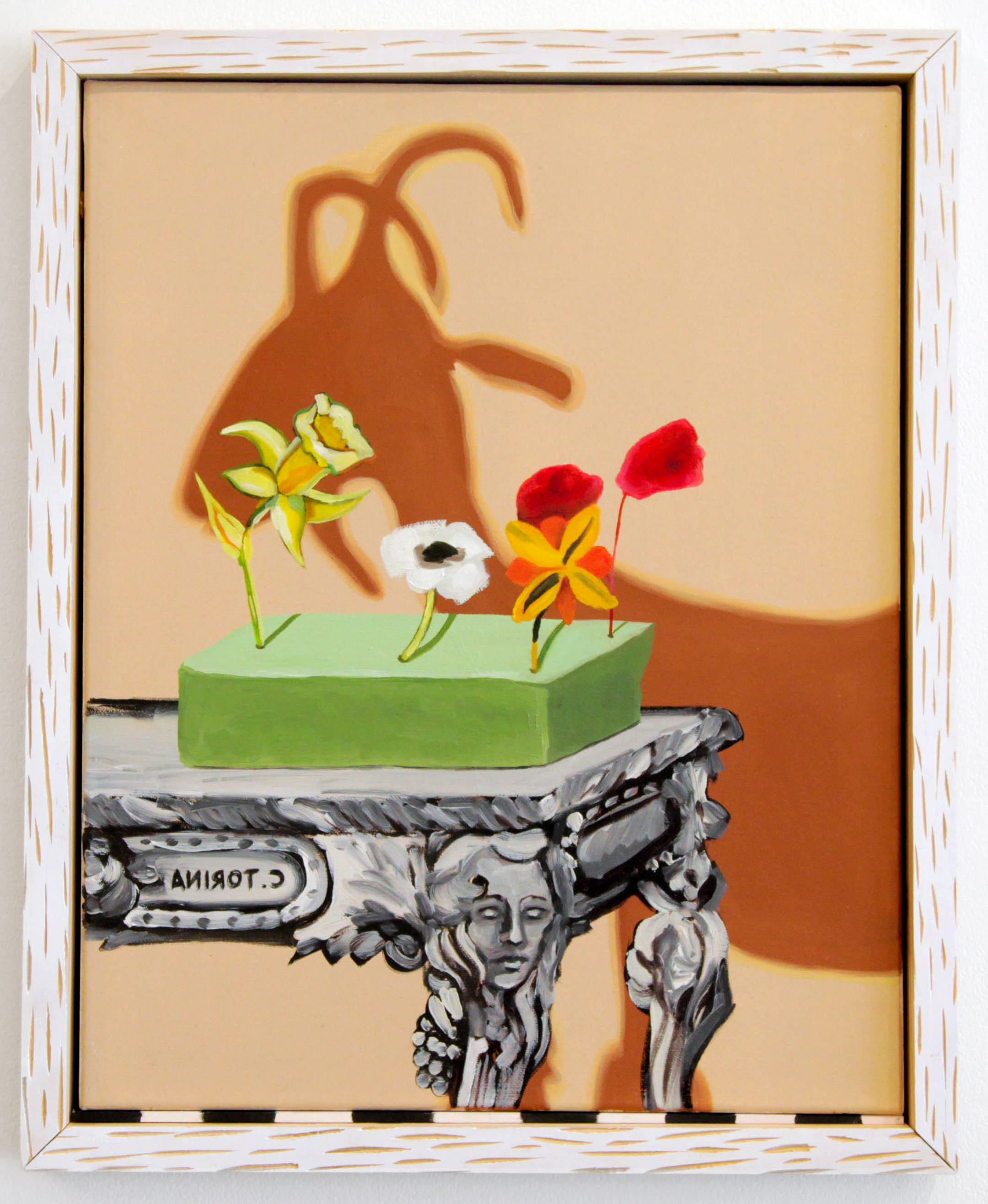 Architects are so arrogant. They love totalizing schemes, and declarative sentences. “Architecture is war!” wrote the famous architect, Lebbeus Woods. The only people more arrogant than architects are architecture critics. Did low-lying chairs make Hitler? Were they merely ancillary? Are streamlined aesthetics related to genetic cleansing? Or was that incidental? These are real questions. Are they important ones? Did the rise of technology, particularly photography, create alienation and confusion that allowed for great crimes against culture? What is an information age? I think about my uncle, a contractor. “Architects don’t know shit about how to build stuff,” he says. And then this sentence, which sounds like a parody of useless academic detailing: “Bavarian wags dubbed this flat-roofed Stripped Classical structure der Weisswursttempel because its extruded facade of twenty-two monumental limestone columns resembles a phalanx of veal sausages.” If I’d gotten drunk last night, I’d never have known that.

Reasons not to write about the luxury art market, according to writer Sarah Thornton

Art is bought by warlords.

Writing about a luxury market is boring.

Writing about a luxury market is unethical.

Reasons not to write about the local art market, according to me

It’s a shitty to pan someone’s show in a town like Memphis. I’ve done it, and it sucked. What are the stakes here? What is the point of hiding behind a faux-critical, faux-detached tone? It is not like anyone is making millions. It is not as if warlords are buying. If it is not important enough for me to call you up and tell you I didn’t like your show, then it isn’t important enough for me to publish a negative review.

On the other hand, if you can’t be honest, what’s the point?

The stakes are high

You’ve gone on the Internet and gotten a gun. It’s time to call it quits, you’ve decided. We live in a nihilistic age. People blow themselves up all the time. Climate change is real. Relationships are tenuous. We come into this world alone and we leave it more alone, or so the saying goes. You arrived here, in this moment, with this gun, partially because of a bad network of chemical associations in your brain. And partly because everything in the world itself is hitting you like the blunt end of a weapon: Stupid and flat.

You want to kill yourself, but for some reason you don’t do it tonight. Or the next night. Or the next. Maybe you get some help. The chemicals rework themselves. You find yourself staring at the Tennessee- shaped magnet again. Your thinking broadens and touches more surface area. You like that magnet. It contains innumerable mysteries.

The secret society of genre illustrators

I like abstraction, though I don’t like looking at it on the Internet. I like being next to a painting bigger than me and seeing rare color, thinking, “This blue is bigger than my body.” A good blue can change the way your eyes work. It addresses subtle parts of yourself. It’s not web-safe. When people tell me that abstraction is all formalism or that it is all conceptual, I think about what it is like to be dwarfed by a color. You have to spend time with it. It doesn’t always come back to you with anything. When it does, it’s something like: “Beauty isn’t how you expected it to be. This painting is both boring and profound. Pay attention to the bothness.”

Besides abstraction, I like drawings that are about maximal detail. Scrolls and characters and woods. Putting your myths all over everything. A friend of mine, Sam Rictus, makes detailed line drawings. He lives in the woods of France and draws wood-spirits. They look very heavy metal. We were talking about politics once, and he said, “I read the paper every day. I have strong convictions. I am very politically engaged. But art does not come from there. It comes from a different power.”

The president of the art university, which has financial troubles, says that adjuncts bring a lot to the table. They are more likely to have a lot of things going on and to have more varied work experience. They are hungrier and younger. They offer something to the students that the tenured professors do not. Too much time can lead to putrefaction. This is what happens to untended houses in the mealy center of town, those drafty bungalows with broken roofs and out-of-control gardens. He says they’ve hired a pack of wild coyotes to teach the Photography 101 class. “The coyotes are great with digital,” says the president. “They teach in packs, and encourage hive-thinking. They are natural predators, which actually gives the students a market advantage.”

I am listening, but I am also playing with a small paperweight that is in the president’s office. It is a black stone with rhinestones glued to it. “My granddaughter made that,” says the President. “Isn’t it beautiful?”