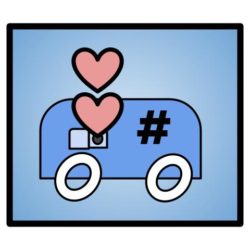 When de La Mettrie, first published Man a Machine (French: L’homme Machine) in 1747 he was extending Descartes’ argument – that animals are machines- to human beings. By extension: what if it all comes down to how numbers work? And what’s behind Number?

How Number works might be in the humanity of the machine, so let’s get the machine out of the garage and give it a little juice. Revving the engine, bumping the horn, pumping the breakneck throttle by gearing up.

Where, in a town that has reduced arts writing to a social expediency, and, in a region gradually disconnected in the ever-isolating urbane, Number can provide an outlet that binds the spinning parts. Each subassembly working with the next, borrowing energy, giving feedback, exchanging heat, sometimes in friction, sometimes in fact. Always together- sharing proximity by matter of geography, culture, rupture, nature, nurture. In this vein, Id love to introduce scene updates into the mix. A way to stir it all up, bring us together without the need for having to follow dozens of instagram accounts- if one person has it wrong, we let someone else share their experience. Dialog outside of dilemma: keeping track without keeping the gate. Born out of my personal experience in punk and underground zines, it was always a good way to follow along from afar and provided a way to reach out and make connection.

de La Mettrie, being french and all- probably loving haute cuisine,  cited how humans must nourish their bodies, and that “diverse states of the soul are always correlated with those of the body.” The body machinations, the corporeal gear-grinding, the whole of Number being greater than the sum of its parts. We put the parts in place.

Who we grow to become together is the discussion to crank on without exhausting the fuel. A new larger board that represents the many variegated facets of our southern arts ecosystem- growth in membership from different backgrounds, regions, and also of different points-of-view. For me, that also entails reaching back out to the mechanics who helped get this thing cruising, as well as tapping into the deep expertise of the recent board that has kept it moving.

Through that windshield, I’d like to wipe first from those areas close to home, grow our writers network and continue to shine the headlights on more and more of the path as we cruise along. For the benefit of sharing more and more often, short reviews will help enlighten fellow travelers and provide a rear view mirror that will help us see where we are coming from more concisely while we plot the path of travel going forward.

Looking at the map to navigate this whip, it may be handy to develop a directory, to give us the guideposts and destinations. From my own personal experience this taps into a pre-internet days of networking that used zines and curated lists (a la “Book your own fuckin’ life”) to showcase and highlight the galleries, studios, DIY spots, artist-run co-ops, collectives and outsiders making the diverse types of art across this great swath of territory.

Rolling and riding along the by-ways between the towns, at the purpose of expanding the terrain we can get on a tank of blood, my personal literary infusion will be to add to others’ chronicling of studio visits and interviews. Furthermore, the intentions include topping off from my personal experiences of a satirical review and helping us burn the fumes in: It’s a Tire Fire, where I plan to playfully play catch with the current ideas floating thru the internal combustion and smashing and bouncing on fire, but also a reference to that long-held southern tradition of burning shit you’re not supposed to. Having been a part of the flames I ask forgiveness for youthful indiscretions in lighting the inappropriate on fire, but I also inhale the lessons learned from the nihilism: witnessing a century-old shit-pit under a long gone outhouse burn for a week, you understand that sometimes the fire you start may go on to burn without you. I’m no expert in aesthetics and my biggest contribution to-date is making space for others, so I plan to continue that practice here.

What is currently in the gas tank may help limit our drive-time while showing us what we’ll need to do for the long-haul.  I’ll check in on the tire pressure from de la Mettrie:

“To be a machine, to feel, to think, to know how to distinguish good from bad, as well as blue from yellow, in a word, to be born with an intelligence and a sure moral instinct, and to be but an animal, are therefore characters which are no more contradictory, than to be an ape or a parrot and to be able to give oneself pleasure... I believe that thought is so little incompatible with organized matter, that it seems to be one of its properties on a par with electricity, the faculty of motion, impenetrability, extension.”

So, what is there? Tapping the fuel gauge, we’re looking at a need to grow and encourage others to grow with us, but even if that takes a few trips, we can push this thing forward. We’re getting out to push and pulling it along. Looking at service records to help build the story here, I for one, would love to see us develop an annotated history– tell the story of Number, quite possibly one of the oldest currently running independent publications in the South. Informed by the story, we can share those lessons, inspiring along with the disappointing, to inspire others as well as ourselves.

Why we’re doing it for me is about helping to amplify voices in the arts- beyond the editing of power or outlets that carry with them a desire to dictate the parameters; outside the power of selection processes that favor the old over the bold, away from the shake-down machine of ‘helpers’  asking non-profits and poor artists to advertise with them n exchange for coverage. For me, its about the view from below, looking up, looking out, looking to each other. Artists as participants in discussion of the arts. Inspired by the history of this publication in particular and the underground independent press in general- the power in numbers, the power of Number. Informed by the precedent of those who came before us while looking forward to those who will come after us, outshine us, and crank down on the power better than us. We ride for ourselves, but we also drive the machine for the next pit crew to get the keys: an annotated future.

We evolve, we grow, we show, we revolve, we cruise together as our own machine. In that trajectory, we wanna leave an imprint for the next ones. In doing so, there may be room to return to print in an annual fashion, perhaps in conjunction with a revived annual show, that could be in partnership with another local non-profit for space and help congeal the community-building we hope to enliven and embolden – like rotating the tire-fires. In the matter of an exhibition, having checked the gauges, we may need co-pilots. They’re out there waiting for a ride, hitching that hike; thru continuing the outreach we’ll get to them and them to us.

“Yet the doctrine that man is a machine was argued most forcefully in 1751, long before the theory of evolution became generally accepted, by de La Mettrie; and the theory of evolution gave the problem an even sharper edge, by suggesting there may be no clear distinction between living matter and dead matter. And, in spite of the victory of the new quantum theory, and the conversion of so many physicists to indeterminism, de La Mettrie’s doctrine that man is a machine has perhaps more defenders than before among physicists, biologists and philosophers; especially in the form of the thesis that man is a computer.”

Here’s the thing tho: I’m not hear to talk about Karl Popper. I’m not even here to talk about  poppers… I’m here to pop it off. His falsifiability factor may prove true. Is it an innumerable variant of the liar’s paradox to ask if the concept of empirical falsification can be proven true itself? (Not an example of it, but the theory itself.) Makes the mind wander into infinibility!

So having crunched the numbers for Number, only time will tell. But until then I plan to put a little blood in the gas tank to get rolling. Wanna roll with?

“Let us then conclude boldly that man is a machine, and that in the whole universe there is but a single substance differently modified.”

”Break the chain of your prejudices, arm yourselves with the torch of experience, and you will render nature the honor she deserves, instead of inferring anything to her disadvantage, from the ignorance in which she has left you.”

Jon Sewell will serve as Interim Editor. As a performance artist, his work includes short films typically of a political nature and awareness campaigns for civic engagement. As a carpenter, he designed and built the Packing Plant which he continues to run.