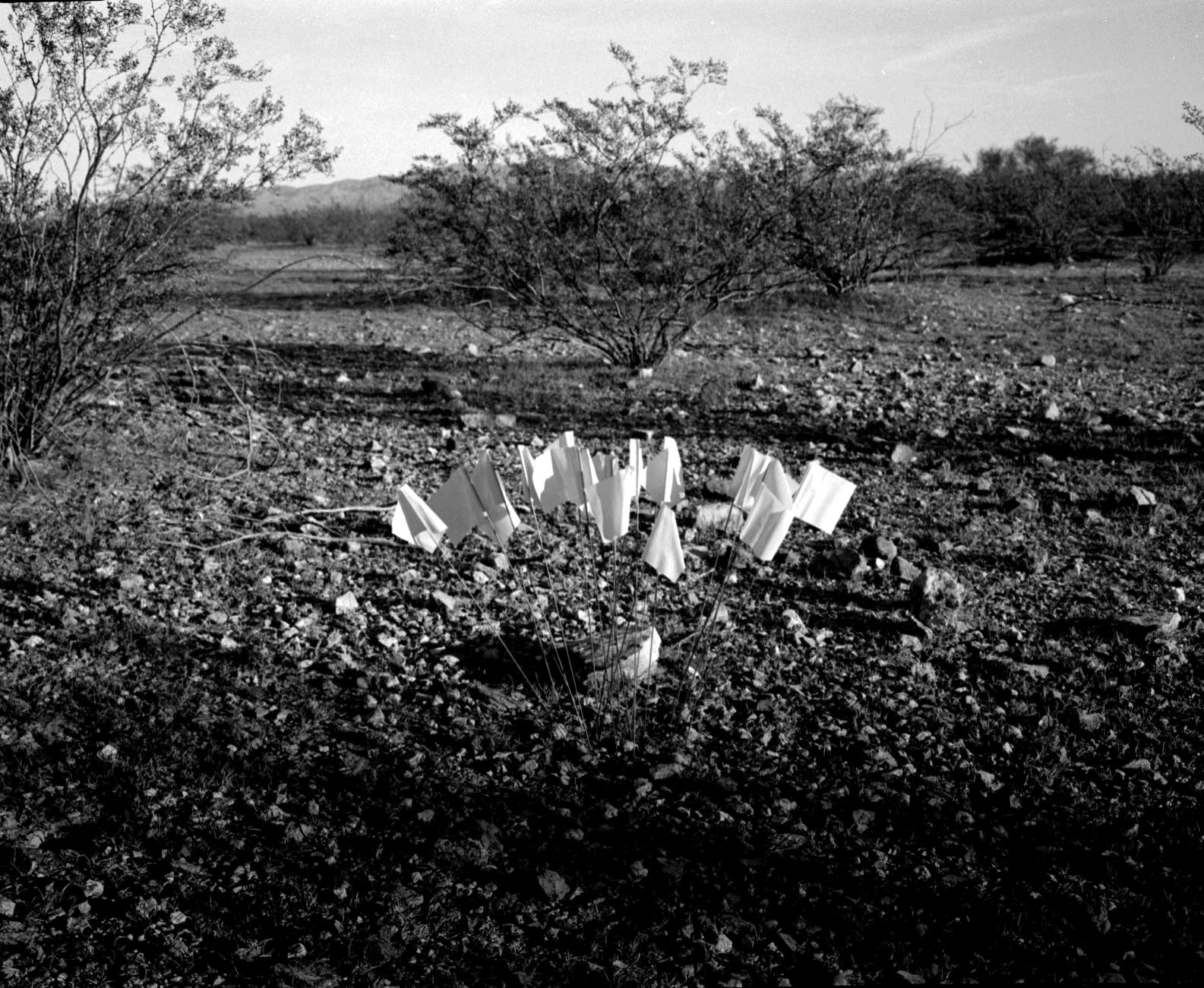 The Future is Another Transaction, 2019, 16×20 in. gelatin silver print. Photo courtesy of Stephanie DeMer.

The language of survival and of the future is parceled by transactions,  partnerships and percentage controls of vacant land.  In some not-so-dark corners of this emerging land grab is an active and long-term technological prepping, or future city planning, as it is called, appealing to a dreamy sense that the future is ours for the taking. ‘Ours’ however is of the wealthy to define. Future sites, not too far from dreams of our own cities, but without the mess of environmental devastation; just far enough away from the relics of the impending global disaster. Equipped with water refinement plans, schools, clean work– the gleaming dome of a possible utopia shining brightly in the desert of Arizona conceptualized and partially funded by Bill Gates and a coded counsel of investors. Just hours ago, I walked part of the 24,000 acres parceled out in divisions of intentional obscurity in the county deed records, mostly grazing land for steer and roads running in a grid until they run dirt. Here, I can walk the same surveyor’s language of how to divide land, following a map that seems to pay attend to shrub, cardinal direction and mountains, but ultimately is a tally of transaction that supports a future imagined only by those who intend to repeat the failure of today but with the guise of innovation, hidden inside survival. 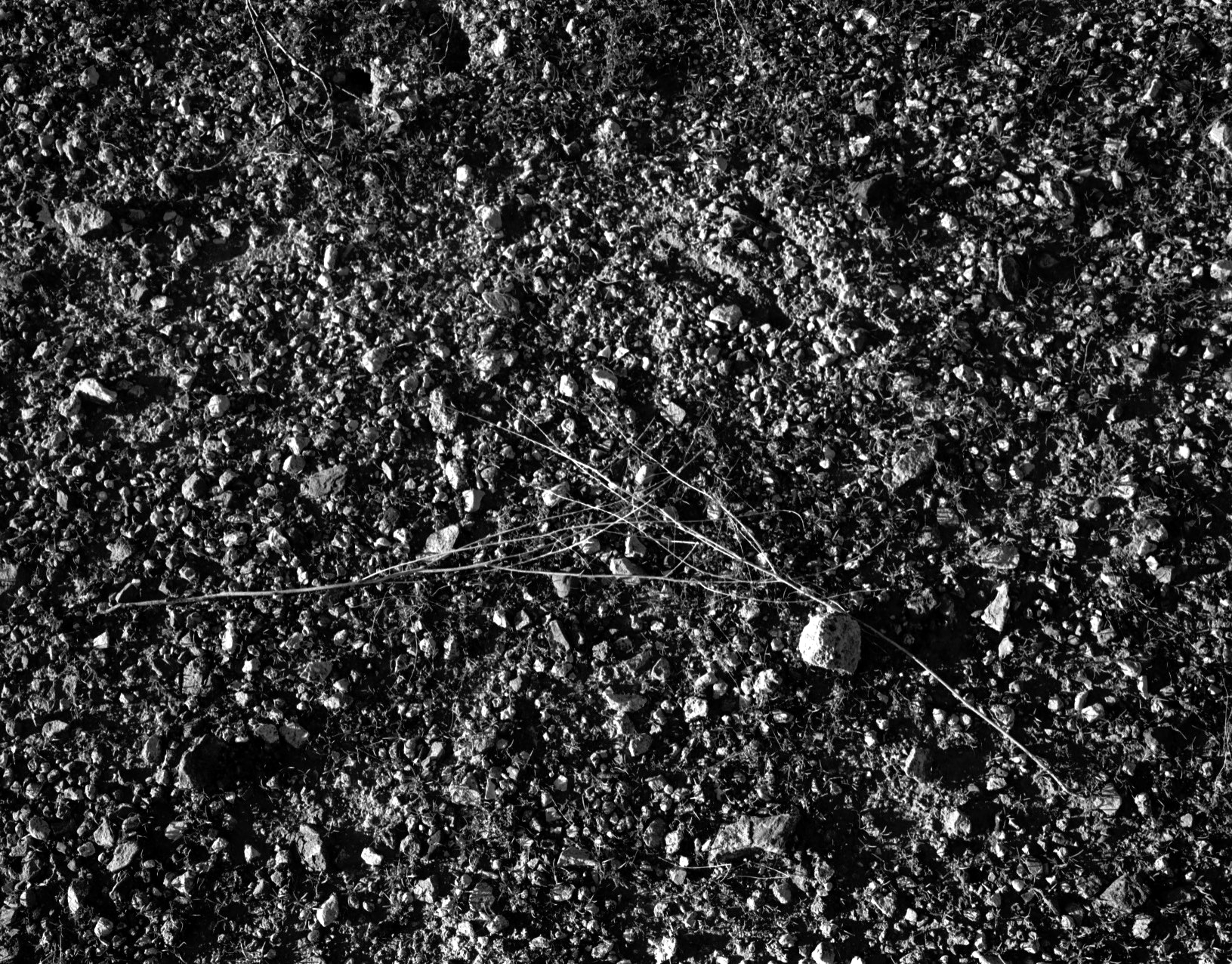 Stephanie DeMer is an artist and writer working in Arizona and Atlanta, GA.