From the Forge to the Gallery: Brooke Garcia & Rachel David 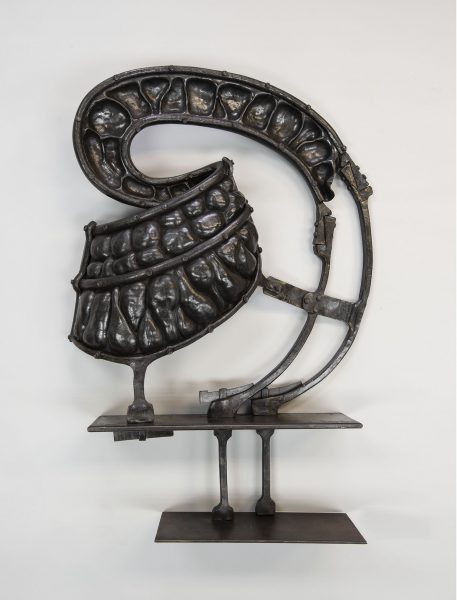 Brooke Garcia: It’s hard for us to define the Metal Museum as either an “art” or “craft”-based institution. Our mission is to preserve, promote, and advance the art and craft of fine metalwork through exhibitions, collections, studio practice, and community education and engagement. In other words, we’re a contemporary art museum that’s focused on the craft of metalwork.

Rachel David: I think in terms of contemporary makership, especially in metalwork, it’s pretty hard to pull those ideas apart.  Are you using the word “craft” in terms of the making?

Yes. We’re not just a museum, we have the metals studio on our campus where we take private commissions, apply for public art proposals, and educate visitors about metalworking. As an institution, we try to instill in our visitors that art objects are not just beautiful pieces to be put on a pedestal in the gallery. Here they have the opportunity to go outside to our blacksmith Shop and foundry and experience how these pieces are made.

That’s really important.  You’ll always have the people in the “Art” world who contract out their design ideas, but there are so many more artists who feel the making of the object they envision is such a huge part of the process in their practice. I recently organized the exhibition Meta-Formation: Experiments and Rituals, and it’s currently on its way to the Houston Center for Contemporary Craft, a fine “Art” museum. As a maker that is focused on materials, “material art” seems to me a better term for an artist that gravitates to one method. People turn off at the word “craft,” and it’s bizarre to me. 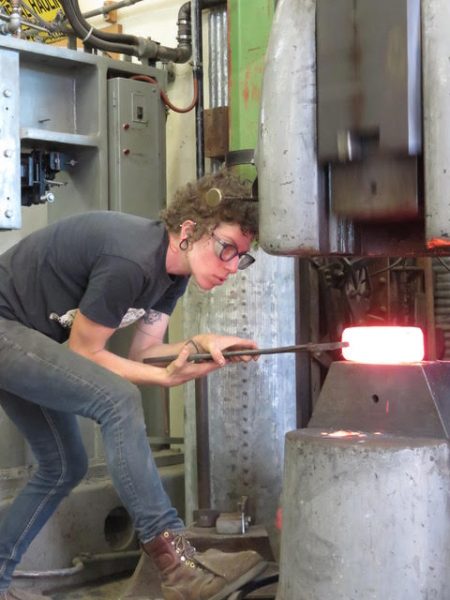 Speaking of methods, how did you “discover” blacksmithing?

I’ve always made stuff and been interested in sculpture and art; I remember doing some metalwork in 7th grade shop class. When I was in college in Ohio for a dual degree in Music and Russian Studies, I took an art class. One day, a substitute teacher, Elizabeth Meadows, taught me how to weld. After that, I decided to move to the West Coast and go to Evergreen State College.  During one of my shop classes there, my teacher Bob Woods told me, “If you get that hot and hammer on it, you’ll get it to do what you want it to do.” He blew my mind straight open! And that was my first blacksmithing experience. Afterwards, he handed me a pile of books, and I pulled out the school’s unused, untouched forge and did all the prompts in them. I eventually ended up getting a job in New Orleans fabricating glass-blowing equipment, but I really wanted to be doing more forged work. At first, the New Orleans blacksmithing crowd was not supportive or inclusive. None of the local blacksmiths wanted to hire me, so I decided to go into business for myself and founded Red Metal.

Was the rejection you were getting from the blacksmithing field part of the reason you helped found the Society of Inclusive Blacksmiths (SIBS)?

Definitely. It’s a shame that the most contemporary representatives in the field are primarily white men. Back in June, I went to the 2019 Iron Symposium in Philadelphia, and there were very few women and people of color. We discussed the issue very briefly at the conference, and it was met with mixed reactions. Some of the attendees took personal offense to the idea that the systemic issue in this field is that it marginalizes certain people and gives others the opportunity to thrive. There’s also tension between the idea of “artist” vs. “blacksmith.” Part of me wants to say that artists are the people who don’t make their own sculptures, they contract it out to me. 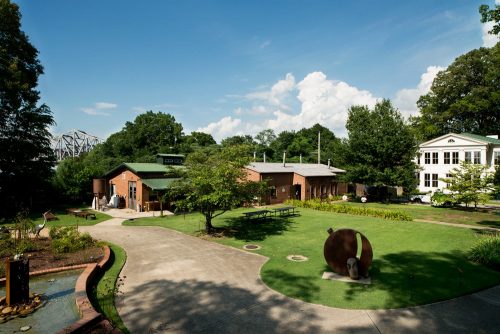 It’s funny that you say that. We actively try to collect and exhibit artists that are making their own work, as the process of making is so important to the Metal Museum. In fact, in some ways there’s a reversal of that idea here. I’ve been in several conversations where someone has said, “Oh, so-and-so is a sculptor, not a blacksmith.”

I just hate that. This is hard for me to talk about publicly, but I’m going to because I think it’s really important. A lot of “old-timers” in the blacksmithing field have this idea that there’s something wrong with creating art and expressing yourself, instead of only making purely functional or architectural pieces. In other artistic media, I doubt that anyone has ever been judged negatively for being an artist. I’ve been told, “You’re an artist. You can’t relate.” You know, I probably can. In organizing Meta-formation, I wanted to give my fellow blacksmiths an opportunity to exhibit forged work and also involve contemporary curators. My hope was that this show could potentially generate curatorial interest in metalsmithing, which is something we’re really missing in the field. We need critical curatorial discourse that will generate more opportunities for artists and a collector base more interested in materials. I think the Metal Museum does a really great job of trying to do this, especially with your exhibitions and collections.

We’re definitely trying to. It’s hard because the curatorial field, at least in museums, seems to be shrinking. One of the many reasons we’re looking to expand our facilities is to have additional gallery space for more exhibitions. We’ve put in a proposal to expand our operations into Rust Hall, the current Memphis College of Art building. It is centrally located and accessible via public transportation, which is a big problem with our current location. We have this reputation of being a “hidden gem” in Memphis, but we want to be seen as a necessary community asset. In the past decade, we’ve been doing more outreach and educational programming to excite the Memphis community and get them invested in us. If we do end up expanding into Rust Hall, we will triple our gallery space. One possible idea is to have rotating curatorial fellows and guest curators be responsible for some of the exhibitions in these new spaces. These individuals would be able to do some serious research and strengthen the metalsmithing field, and the Museum would have fresh, innovative perspectives for our exhibitions.

That is such a great idea! Bringing in curators, you get the added aspect of visually curious and critical individuals that investigate art, its meaning, and how art speaks visually to your audience. Working with Sarah Darro on Meta-Formation was spectacular. Curators have unique perspectives and mindsets that some artists can manifest but not all. We’re creatures of the studio, but we’re not necessarily people that see things larger than the minutia. For both curators and artists, it’s also hard to justify an occupation that doesn’t allow you to make a living wage.  In our current gig economy, there’s always another project I have to take on in order to pay my bills. The blacksmithing field has a pipeline issue, and there’s this attitude that you don’t have to pay people for their labor. Many shops offer unpaid internships and apprenticeships, but this system limits opportunities to people who have other financial support. I was excited to hear that the Metal Museum pays your apprentices. I really think paying curators and artists broadens and diversifies our field.

I agree. Paid internships are also major issue for museums. It seems like you can’t get an entry-level job in the museum field without previous experience, but the only experience you can get as a student is an unpaid internship. This has become a hot topic in the museum field, especially in the past year. Many museum organizations, including the Association of Art Museum Directors, have come out saying that museums need to pay interns. Otherwise, like you said, only individuals who can afford to work for free can enter the field, which bars so many people from joining it.

Rachel and I covered a variety of topics in our conversation, but overall, the ideas that kept coming up were the division and lack of diversity in the arts. Being more inclusive, especially early on, will only help us in the long term. Limiting opportunities only robs us of different ideas and perspectives that could strengthen the arts in the future.

Rachel David, raised in Maryland and a resident of New Orleans, LA is a blacksmith, sculptor, designer, and maker.  In her practice, she synthesizes self-reflection and societal systemic criticism, translating it to making change in the world she lives in through her works, words, and actions. Her practice includes sculpture, custom architectural work, and furniture, all working to convey social and environmental justice, and workshops that build community rather than competition.  Brooke Garcia is the Collections Manager & Registrar at the Metal Museum in Memphis, TN, the co-chair of the Memphis Emerging Museum Professionals group, and the Student Outreach Chair for the Tennessee Association of Museums.  Her role at the Metal Museum is to care for their intellectual and physical collections, library holdings, and archives.