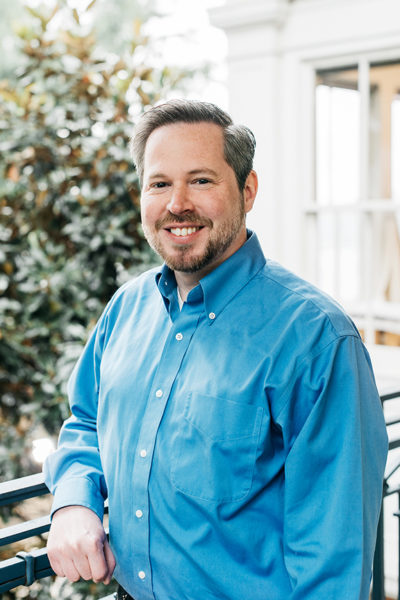 Bill McKeown is currently associate professor of art history at the University of Memphis. He is the guest editor of Number:82, Criticism & Aesthetics. Bill received his PhD in the History and Criticism of Art from Florida State University, and his Master of Arts in Art History and Criticism from the State University of New York at Stony Brook. His research interests have centered on nineteenth-century European art, with a particular focus on Victorian painting and the art writings of John Ruskin. I recently spoke with Bill over the phone.

So, Bill: I know you, and I think most people know you, as a historian of nineteenth-century art. I was curious how you found yourself as the editor of a contemporary art journal.

Actually, what happened was that Jennifer Sargent ran into my wife Kim at the Metal Museum, where she [Kim] works. It came up in their conversation that Number: Inc was looking for a guest-editor of their upcoming art criticism issue, and that’s how I got involved. Art criticism is actually not that far removed from my background, as there’s always been a big dose of art criticism going back to my days at Stony Brook, where it was the principal focus of their art history program. So whether it’s nineteenth- or twentieth- or twenty-first century art, art criticism has always formed a parallel field for my art historical research.

Do you think that art criticism still has a public role to play? Or has it become too insular, and separated too much from the average citizen for it to really bear on their cultural experience?

I think art criticism exists in this difficult place where if it’s overly theoretical, it definitely runs the risk of becoming overly insular, where it’s just art critics talking to other art critics about theory. But the opposite extreme is art criticism that simply reviews shows as a means of publicity without offering any critical perspective. I think it needs to be somewhere in the middle, where criticism not only encourages the public to get out and look at art, but also offers some kind of theoretical framework by which one can approach and understand art.

I have a follow-up question. I’ve always been struck by what Susan Sontag says about interpretation, in that interpretation is a way by which we control artworks, and strip them of their supernatural power. And that it’s a very human desire to control our environment. Do you think art criticism might be complicit in a removal of the more visceral, or emotional, or immediate responses? Do all of the words eliminate the feelings at some point?

It could do that, if you’re relying on just words for gaining any kind of access to art. Speaking for myself, whenever I go to a museum or a gallery, I like to avoid reading anything if I can help it—whether it’s the artist’s statement or whatever—so that my first go-round is just to look, and hopefully avoid any biases in reading the art in a particular way. But after having that (or trying to have that) ideal, visual, maybe even unmediated encounter, at some point it’s good to have a conversation with other people, to get their perspectives and insights into things I may have completely overlooked—and then go back to the art a second time, having hopefully benefited from further discussion. I don’t think any text should be a substitute for the visual experience, but it’s part of what you do after that experience.

There’s just something really useful about that idea [Sontag] has—that interpretation is some sort of anti-mortality reflex, that the artwork is filled with meanings and resonances that are so much bigger than we are that we have to control it. After reading that, it made me think that maybe we art historians are just anesthetizing ourselves from what we’re supposed to be doing.

I don’t think that you can completely do away with interpretation. We’re basically born into language, and one of the big insights from semiotics and post-structuralism has been that we never have the privilege of an unmediated experience—there’s always something that’s standing between us and the world.

This question is about Number. Memphis and the area of the Midsouth has a pretty vibrant but I think critically stunted world. Do you have aspirations for this issue of Number being a catalyst for a new frontier of art criticism? Is this a response to what’s going on? Is it a rallying cry for what comes next?

I hope it could be a moment like that. I totally agree with you that Memphis in particular has a vibrant art scene, but it’s really calling for and needs additional critical voices. It would be great if an issue like this could instigate good writing about from more people (beyond the handful that are already writing good criticism). This would give the local art culture the support it deserves, and engage the community further in discussion and conversation. I realize it’s a role I haven’t performed myself as much as I could.

Now that you’ve been working on this, how has it impacted your usual, more traditional work on the nineteenth century? Has it caused you to re-envision your role?

I’m sure it will impact me, whether I’m completely conscious of it or not. Whenever I start on a new project, it will give me a new lens for looking at my own work. So I’ll probably go back to Ruskin and be thinking about the same kinds of issues we’ve talked about today.

Well, after the trial [Whistler suing Ruskin for libel], Ruskin actually stepped down from being Slade Professor of Art, saying that he couldn’t continue in that position if he weren’t allowed to speak his opinion on art. I think they were both right in that particular case…. I mean, I think Whistler was a little “more” right, in that his paintings were much more significant than the drippings and splatters that Ruskin saw them as. Ruskin clearly didn’t get Whistler, but I can see where Ruskin was coming from, even though he was wrong about where Whistler was coming from.