By Jamie Mahoney and Liz Canfield 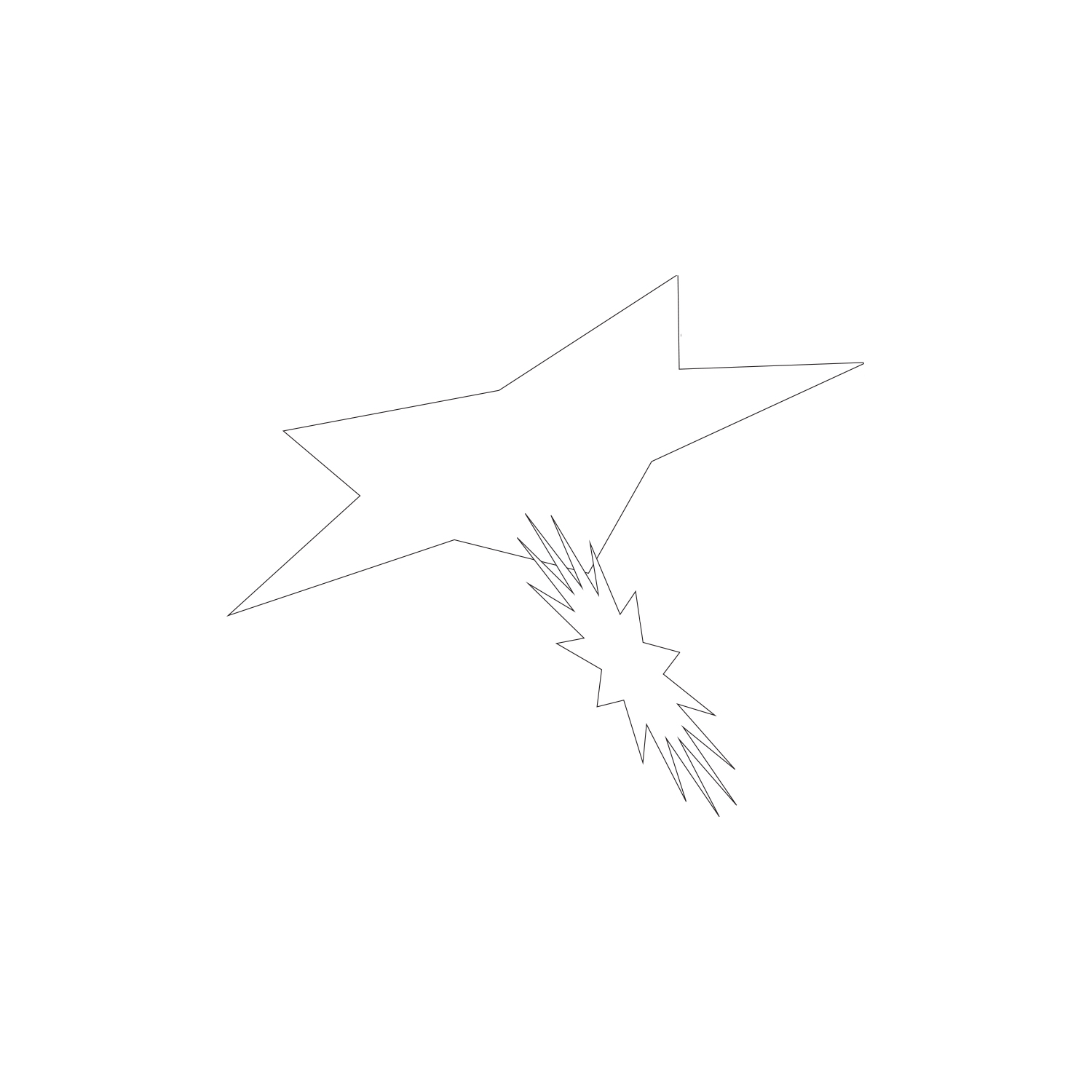 One of many Bowe House Press collaborative artists books, sanctuary is the result of over two years of work by more than 50 writers, artists, and activists. It is a collaboration among the University of Richmond’s Gender, Sexuality and Women’s Studies students, Graphic Design letterpress students, local activists and incarcerated “residents” of the Richmond City Justice Center (RCJC). The idea for making a codex was born in a writing workshop that Liz Canfield teaches in the Richmond City Justice Center after discussing Mayan and Incan codices and the contemporary political art book, Codex Espangliensis[1]. Workshop participants were so impressed with the Codex Espangliensis that they wanted to make a codex of their own. Like the Espangliensis, sanctuary is a blend of politics, pop culture, and art. This codex navigates the border between inside and outside, as prisoners, some still incarcerated, some now free, created the writing and the drawings of the publication. The class met for fifteen weeks, sharing stories of power, hope, courage, and revolution, and the 28-foot accordion-folded letterpress publication is the result of that sharing.

This wasn’t Liz’s and Jamie’s first book together. Liz Canfield, a poet and professor in Gender, Sexuality and Women’s Studies, partnered with Jamie Mahoney, a letterpress printer, designer, and professor in Graphic Design at Virginia Commonwealth University to produce seven other collective artist books. Historically, Canfield wrangles the poets and Mahoney leads the team of letterpress students in a print production that results in a limited edition. Students in letterpress are given free rein with the words and letters on the page. The students’ letterpressed impressions cut, crop, and reassemble many of the writer’s words to form a visual and verbal expression inseparable without losing meaning; ideally the result of a true collaboration between writer and designer who are in regular conversation with one another, who look at drafts together, and who consent to the design of the finished product.

sanctuary was altogether different. Because the writers and illustrators were incarcerated, they weren’t allowed the same access to the designers in the letterpress studio that previous projects had. Therefore, Canfield and Mahoney had to rethink their collaborative process. Canfield had been facilitating writing workshops inside jails and prisons for about a decade at this point, in addition to being active in the community around issues pertaining to mass incarceration. When she and Mahoney first met about doing the codex, both were passionate about making sure the incarcerated artists and writers had as much agency as possible in the design and production of the codex.

One of the main questions that guided the collaborative process was: Given the obvious institutional barriers to access, how can they produce something that honors the agency and integrity of the makers? Another related issue they dealt with was how to educate the design students about the ethical issues in handling the work of incarcerated people. One of the ways they attended to these questions was to bring the jail workshop to the design studio and vice versa. Canfield’s students spent a lot of their free time in the letterpress studio talking with the design students, and two of Mahoney’s former design students went with Canfield to the RCJC to meet with the people incarcerated there. Canfield brought a roll of butcher paper to the RCJC and – together with the people who were incarcerated – laid out the pieces they wanted to go into the codex.

It soon became evident that the incarcerated artists and writers had produced twice the original anticipated material, so Canfield and Mahoney met again to discuss the possibility of printing the codex double-sided. They knew they needed outside help if they were to produce a 28-foot long codex that is printed on both sides. Clearly, this project wasn’t going to be finished in one semester. Therefore, Canfield and Mahoney enlisted the help of activists, printers, and artists in the Richmond community to help. After the initial 15-week semester ended, students from Mahoney’s letterpress class continued to pitch in with the help of the community and some of the writers and illustrators who had been released from the Richmond City Justice Center, who were now taking part in workshops that Canfield was leading on the outside. When the next semester started back up, Mahoney had a new crop of letterpress students that took up the project and carried it forward.

After about two months of arranging and rearranging the work on the butcher paper, Canfield worked with two artists from a local print studio, Studio Two Three, to scan the illustrations, while Canfield’s students diligently typed the poems to add to the codex. Once a digital layout was achieved, Mahoney made a suggestion to print the illustrations digitally and then attend to the writing separately as a letterpressed body of text. Canfield enlisted the help of Virginia Commonwealth University’s (VCU) Painting and Printmaking Department to help with producing high resolution digital prints for the codex.

Mahoney and her students decided on a 2-color scheme. This allowed students greater exploration within a constrained aesthetic and made for a more manageable workflow. As mentioned above, part of the challenge was the digital output. All of the original drawings were printed on a fine art paper, Rives. This digital printing process took several months to complete. When the leaves of the book made their way from the Fine Art Building (where the Painting and Printmaking studio is housed) to the Design Building and letterpress studio, we had help from many of the writers and artists who had since been released to help us sort the spreads into piles of 50, what would become the final edition number.

Each student printer chose two stacks, printed on both sides, to produce a total of four spreads. Printing wet compounded the effort as every sheet needed to be dampened the night before it was printed. That added up for each sheet—each color and each side required the sheet to be dampened a total of four times. Drying a dampened sheet also requires a special rack. Sheets needed to be sandwiched between blotter paper and corrugated boards overnight allowing airflow. Heavy weight on top of the stacked rack allowed the sheets to dry flat.

As a collective, we decided to use transparent inks to create a layered aesthetic. Our collaborative effort impressed into every sheet of the softened fine paper. Students mostly printed without a precise plan and improvised along the way with wood and metal type. Many mistakes ended up creating interesting visual effects that made it into the final publication. Once they had decided the codex would be printed on two sides, the layout changed, as they knew that when displayed there would be “show through” of words and images from one side to the next.  This is why the layout process happened inside the RCJC; because it was crucial that the incarcerated artists and writers had agency over which piece would “show through” into theirs once the final codex was finished.

The final edition of 50 books resulted in a 28-foot concertina printed on both sides. It can be read flipping from spread to spread like a codex or opened up to the length of a small gallery. This latter read is how sanctuary was exhibited at Black Iris Gallery in Richmond, Virginia. The process work (drafts, test prints, original art, emails, and notes) covered five full walls of the gallery inside light boxes created by Black Iris’s curator, Benjamin Thorp, telling the story of their endeavor. For opening night, over 200 local artists, poets, and patrons packed the tiny gallery on East Broad Street. On the fifth night, Canfield and Mahoney hosted a panel discussion. Everyone lined up in seats on a small elevated stage to discuss the making of sanctuary.

One copy of sanctuary was donated to the RCJC and one to VCU’s Cabell Library, yet the challenge of making a fine art book accessible to the audience that created it currently ooms large.  The fine art version is prohibitively expensive, priced at $1800.00, so Mahoney and Canfield are beginning the second phase of production to assemble, design, and offset print a facsimile of about 1000 paperbacks. This will not only include all 28 spreads of the artist book but also the story behind the making of this codex. We believe that sanctuary is more than mere word and image—through its creation and potential of its art it can, in its small way, transform culture. It certainly transformed us.