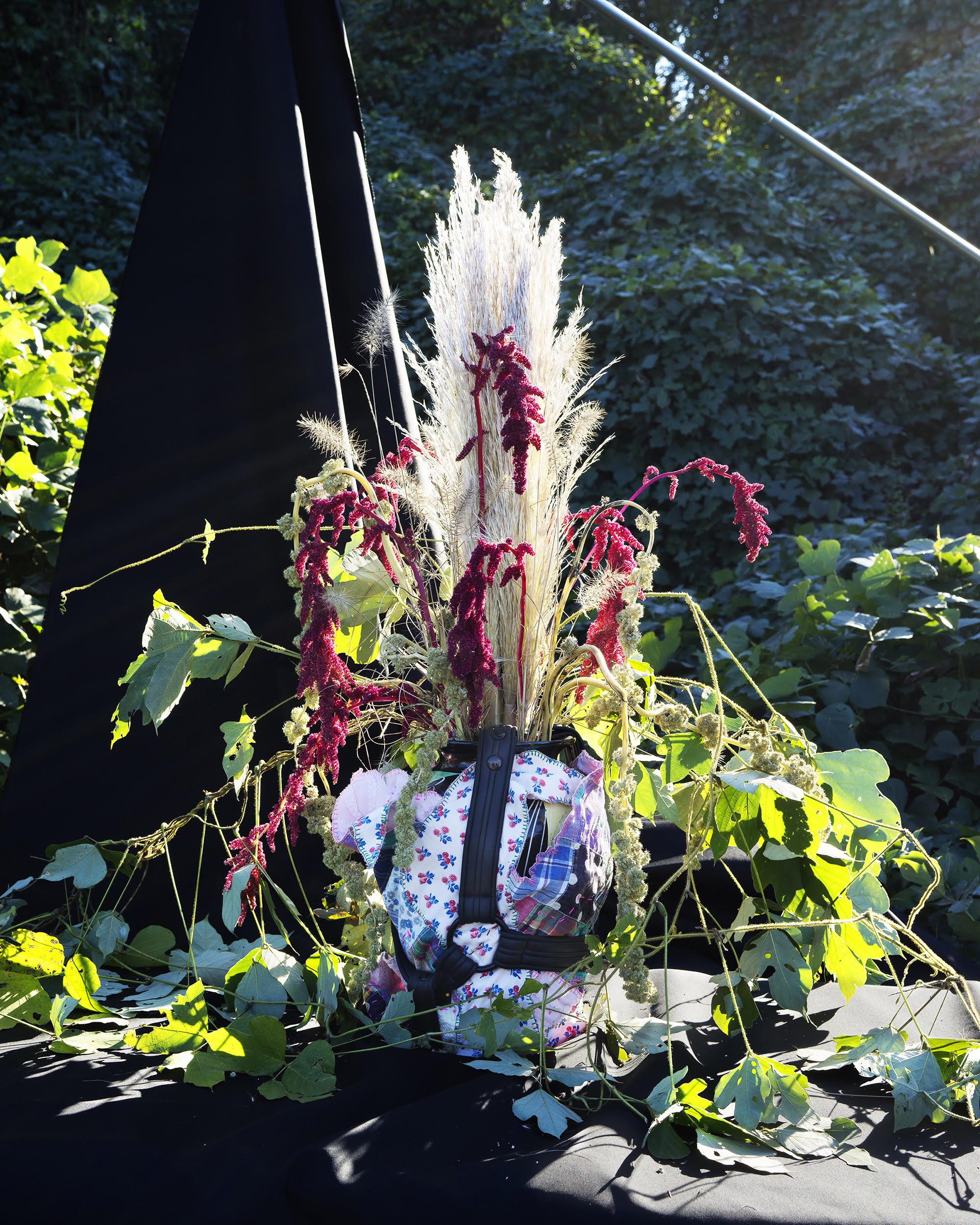 In classic versions of the tarot, the hermit card is depicted as a robed figure standing in fog holding a lantern at arm’s length. Often, I think the hermit is gazing into the glowing light of the lantern; other times it appears they are gazing at what the light catches just beyond it. The hermit is a call to look inside oneself, connecting with your own magic and inner glow. But, beyond just turning inward, it’s about sparking your own light and being attuned to what shines and shimmers in silvery, gold rays.

Magic teaches us to get back to ourselves and to connect with the natural world, while logic allows us to construct meaning in the mind. Peter Cochrane’s newest series, The Wild Beasts, rests in neither of these places. Instead, it reveals a terrestrial language sounding very much like our own but accented and stressed differently. Cochrane’s photographs draw us closer with vivid color, new shapes, and hiddenness. Once we are close, we feel the gracious connection he’s woven into the ritual and arrangements of his subjects.

Stephanie DeMer: The photographs of The Wild Beasts, your new series and solo exhibition at Page Bond Gallery in Richmond, Virginia, are at once still lifes as well as portraits. Can you talk about how it is you think about spaces of reticence?

Peter Cochrane: I think often and exist in spaces of quietude and reflection. I have been geographically isolated from those I love at different times of my life and found comfort in nature, the most removed of all. Working with the natural world for this body of work made a lot of sense because it was like bringing these people I love into this world of deep introspection. We are both there, but in the physical sense I am alone communing with them through flowers and the sounds of birds and the rustling of leaves, through the hours of labor loading and unloading equipment and walking through mud and undergrowth. It is here that I get to understand the gravity of our relationships.

I wonder how you evoked each person in this isolation. Did you consider any definitions or meanings put on flowers for the portraits?

Oh, definitely! It is important to me to find the right flowers and environment in the right season before I set up each arrangement. The location speaks to each person as much as the language embedded in the flowers themselves. I am fascinated by the way many cultures have created symbolic languages for flowers as far back as the ancient Egyptians and, most recently, among the Victorian English. Being a young country without much ceremony or tradition, the United States hasn’t developed a similarly rigorous code, so I thought I would invent my own. Small gestures—like the seed dispersal of one flower relating to a mentor’s work and his use of the spread of kudzu or how the tiny, white stigmas of a Scabiosa against dark purple leaves invoke my metalsmith friend’s intricate detail work—help to craft a contour of these people and our relationships. 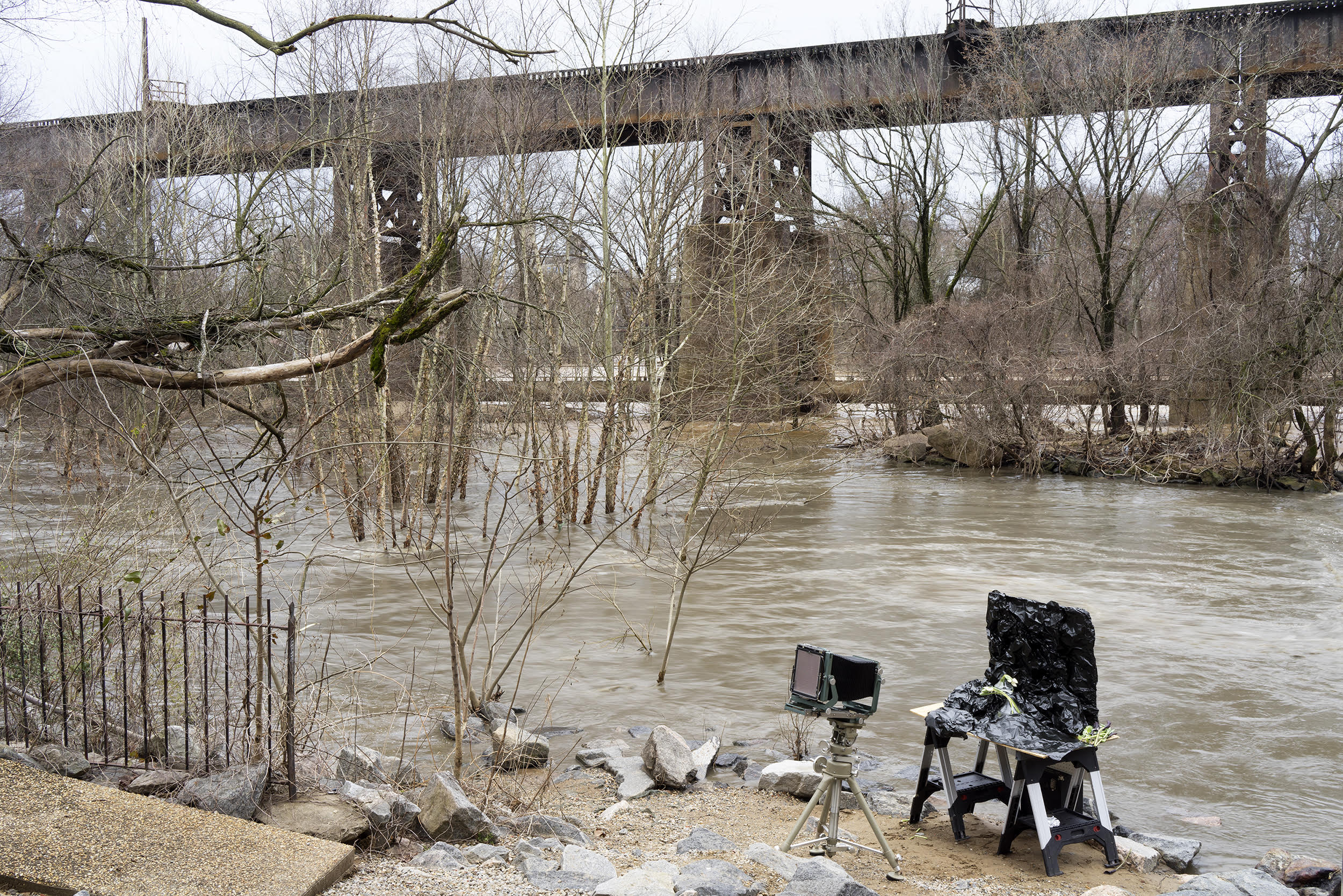 What you just said, ‘…the United States hasn’t developed a rigorous code for flowers, so I thought I would invent my own.’ There is so much internalization or turning back to yourself in this work, even the gesture of portraits made of flowers arrangements you make or setting out into nature alone. Do you feel that revealing your self-assuredness in the making of the photographs is important in the act of gratitude you have created?

Yes. I think you’ve hit a core element of this project. Much of my previous work was steeped in the tragedies of queer realities through history, even if I was trying to turn horror into power for our generation. The Wild Beasts is the first time I’ve stepped into the open field to nourish the power that already exists in queer people relating, advancing, and being. I’m not looking backwards here. I’m walking into Nature, that tool that has been used to criminalize us in legal systems across the world and claiming it as a space of deep empathy. Of communion.

In The Wild Beasts, you push beyond naming or reclaiming to make something that reaches to the depths of queer trauma (existing social, familial, and personal), to turn it inside out in a holistic way. It’s almost a new verb. Photography often asks the viewer to confront how they look, what they see, who is seen—but in your series we are reading the poem while writing it. Emotion and logic intertwine, yet those two modes of understanding are sort of inadequate.

That is quite beautiful, thank you. I didn’t come to art making or photography as a child with a pencil in my hand. I found language first and in my early twenties realized it had limitations—terminus points or failure. So, I found new visual language through making art. I’m glad that some of what is happening in these images is intangible. It’s a sign that my words no longer come; that the sentences are strewn from picture to picture. For me that speaks to the overwhelming nature of the bonds created among people existing within a system that was not made for them.

Thinking a little about boundary, when you speak of threshold, I think about art that deals with the sublime, that transcendent unknowable trying to be known. Do you think you are interacting with the sublime, and, if so, are you defining the sublime in new words? Or are you saying fuck the sublime.

I think I’m saying fuck you to the photographers who thought the sublime could be slapped in front of the lens and recorded on a glass plate or film. That kind of reverence only heightened the separation of the natural world from the human and elevated it to divinity. Perhaps I believe in something more metaphysical, more temporal, more connective. I’m not trying to find anything, but I am proclaiming that what’s here is already enough. The whole, the crack, the break, the light. 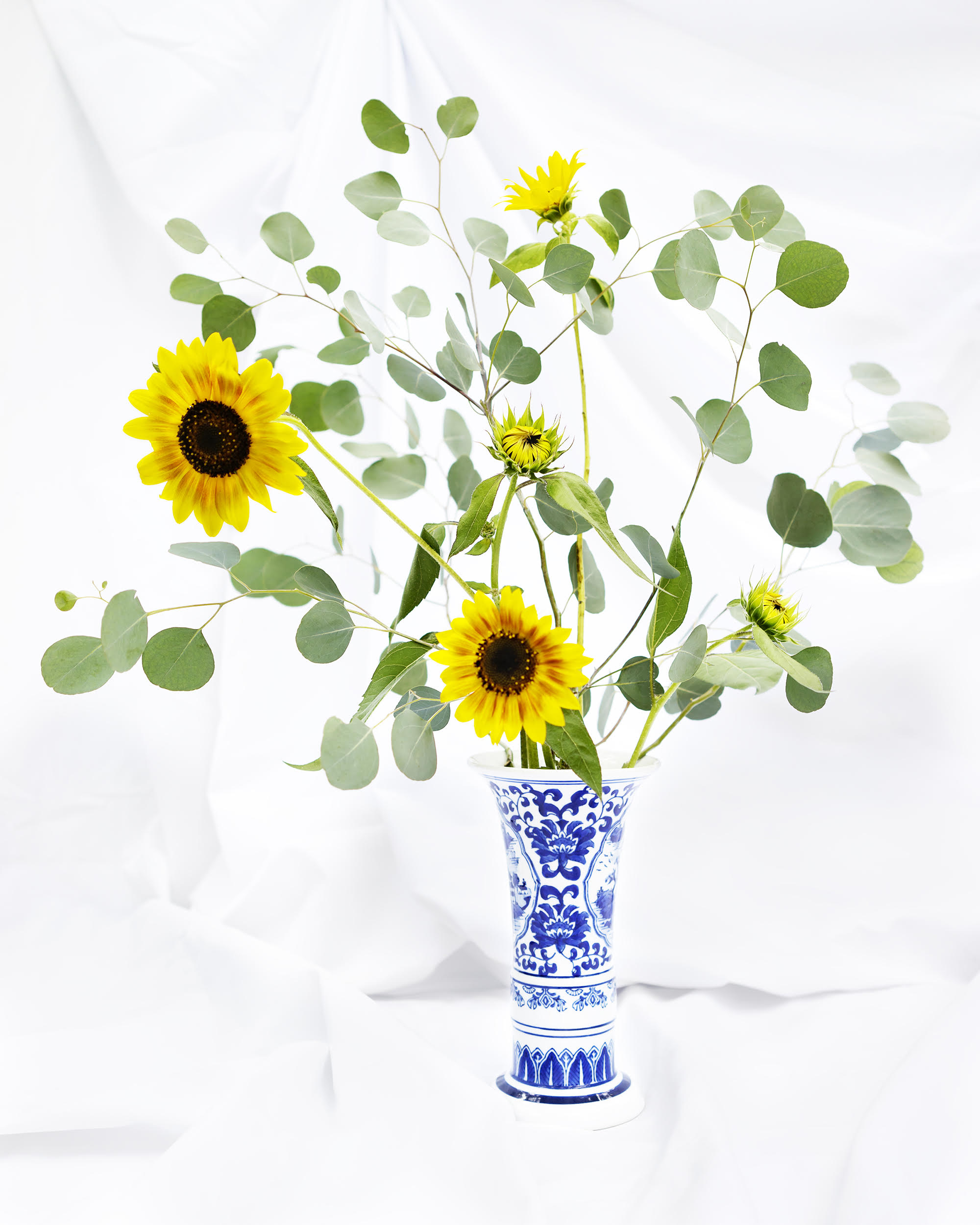 And, the same time, you’re doing away with other constructs of photography, namely the portrait.

Indeed. After working with it so long I grew tired of the body as body. We are so much more.

Are there other elements of The Wild Beasts that haven’t been shown either at your solo shows at Page Bond or The Anderson Gallery?

This project has a sort of formula that I follow for each person for whom I am making a portrait: a large format color still life of the floral arrangement, a landscape view revealing the location of the still life setup with an 8×10 view camera (a sort of stand-in for my body) in the natural world, and a silver gelatin contact print made from the 8×10 negative taken by this camera. Only the first of these has been shown, while the second exists as 40 x 60 inch archival pigment prints, and the third is a gift from me to the person whose portrait I have made.

For you, is The Wild Beasts complete or is there a way it continues? You’ve worked in what it seems are distinct series. Has your practice shifted in terms of how they are constructed and finished?

To be honest, I can’t say. I know that there are six more portraits I have to make now, but placing a cap feels disingenuous to the principle. Other bodies of work do have a clearly delineated beginning and end as if they exist within parentheses—the visual component of a large, written, and research-based whole. I’ll set out to make seven or twelve images that fit within the specifics of the idea. But the way I imagine this runs parallel to the way I live and breathe. Moving away from what I thought was my sole community in San Francisco and into an unknown taught me that people are the lifeblood of my existence. How could I not continue to honor those who make this whole thing worthwhile?

Stephanie Dowda DeMer is an American photographer born in Atlanta, GA. Currently she is the Iowa Idea Visiting Artist at The University of Iowa.