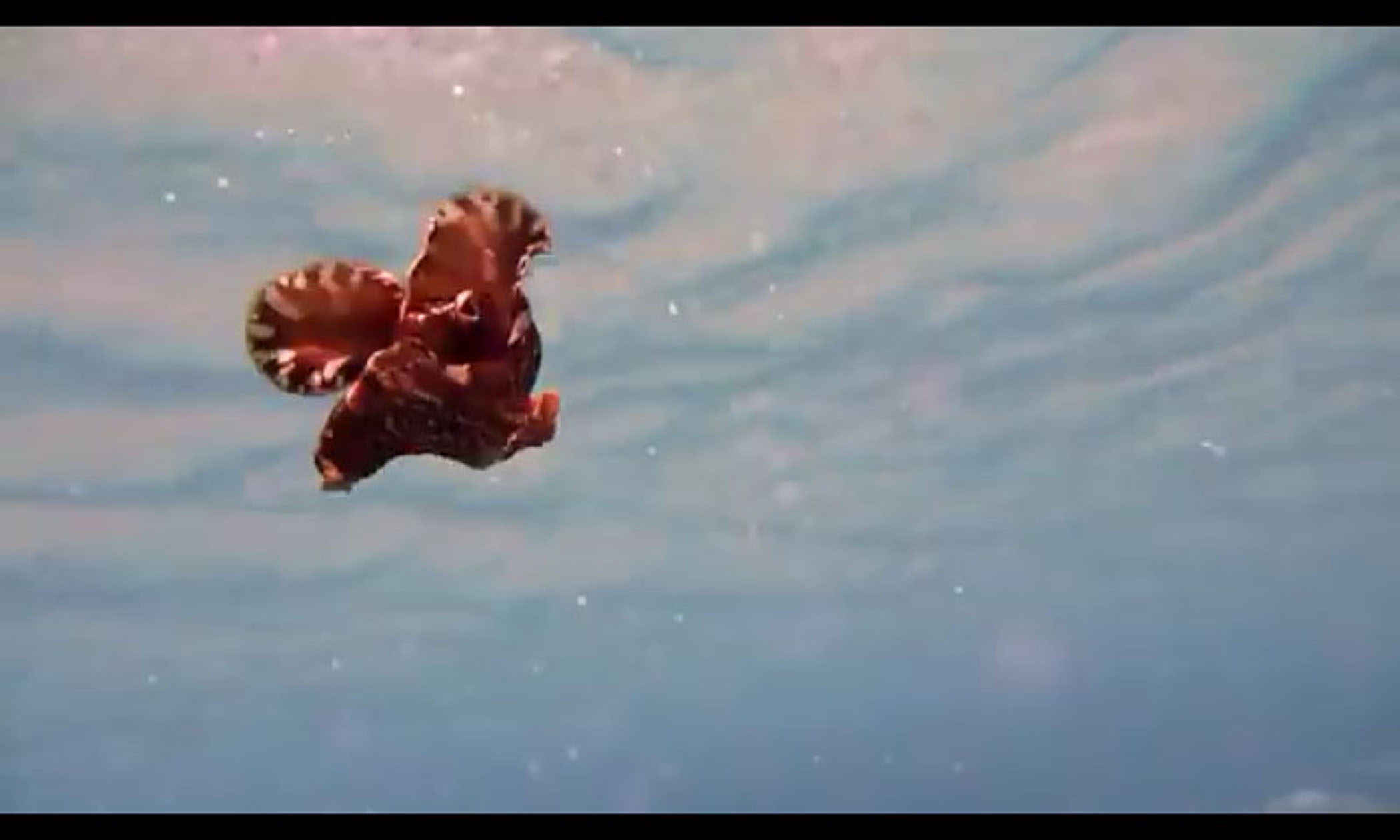 “…there are many difficulties to be reckoned with in the recollection of things.”

The California sea hare, a variety of sea slug, lives in the intertidal zone – the strip where land and sea meet. When the tide goes out the sea hare moves gelatinously along the waterline, its rubbery pinkish-brown body blending easily with the kelp and algae on which it feeds. Underwater it is light and graceful, its frilled fins dancing. I know this from watching videos online. I find myself returning to these clips often, the sea hare swimming through clear shallow water, its stiff awkward body in stark contrast to the rippling wings that propel it in undulating folds, like a slimy, inflated butterfly. Another video shows a sea hare crawling through sandy shallows. When a stick from behind the camera sharply prods the sea hare it pulls itself into a protective ball and releases a puff of vibrant purple ink.

The first time I saw an image of my brain the grainy screen showed in high detail skull, eye sockets, spine, ear lobes even, framing the still inscrutable innards. I recognized it from countless like it seen in science magazines or anatomy books and yet, this one was mine – this splayed mass of curled grayish lumps, its image magnetically extracted in millimeters-thin slices from behind the protective barrier of skull. The neurologist gave me a print-out of one of these many slices and circled the area of concern with a red pen. I was given a CD with the images burned onto it so that I could scroll through at my convenience; bottom to top, side to side, front to back. I keep the marked-up print-out and CD filed with my other important documents: tax forms, diplomas, my passport.

The sea hare is capable of fairly complex learning considering the simplicity of its central nervous system that is composed of relatively few, large neurons. For this reason it is often the lab animal of choice for scientists doing research on memory function and storage. A study published this past spring describes how researchers used wires implanted into sea hares’ tails to deliver electric shocks, training them to curl up into a defensive ball at even the slightest touch.[2] When RNA was extracted from these trained sea hares and injected into untrained ones, they took on the learned behavior of the trained sea hares. The memory of the electric shocks had been transferred. 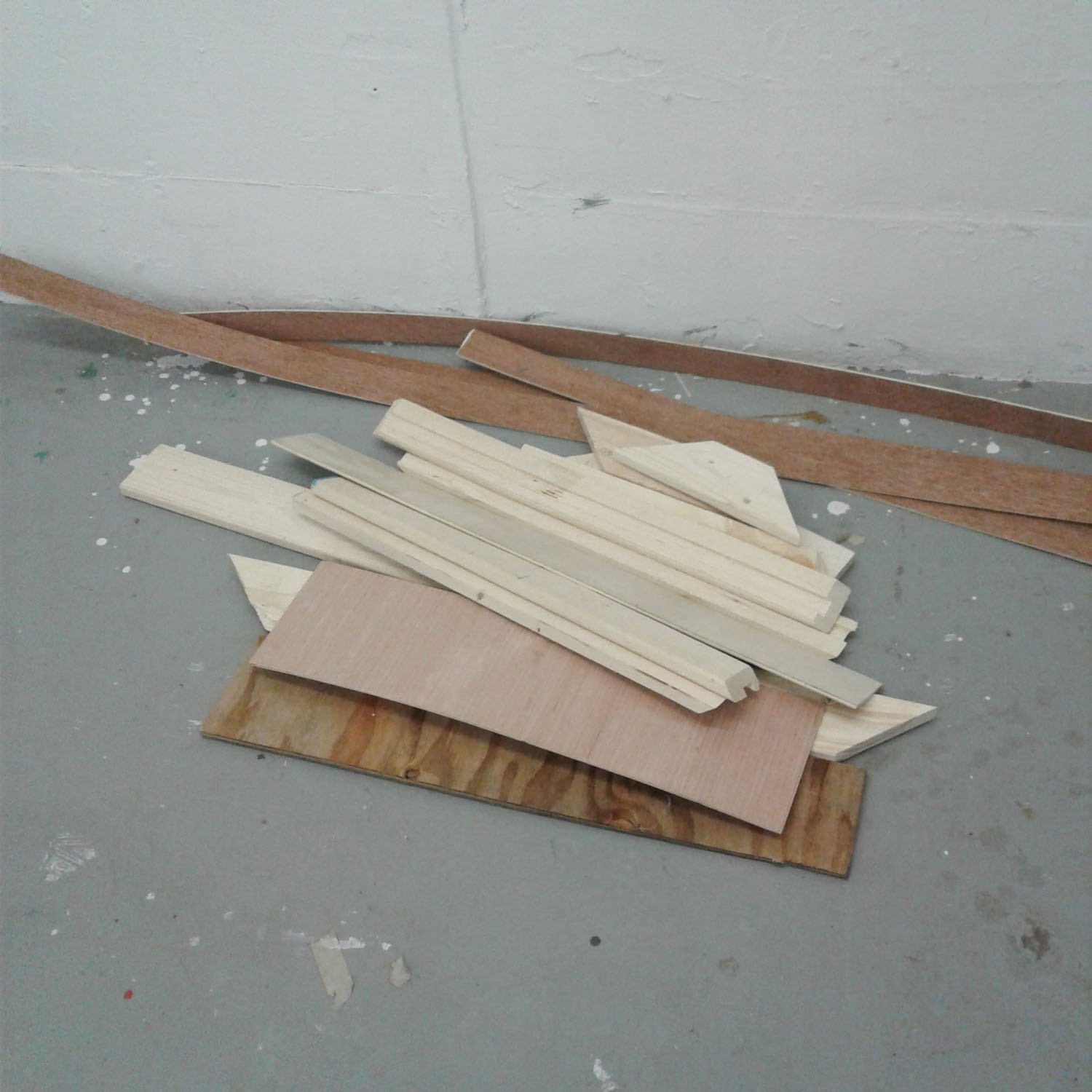 A bit over two years ago I suffered a tonic-clonic seizure. This is the full-blown kind of seizure – like what you see in movies – where people lose consciousness and have violent spasms on the floor while foaming at the mouth. In the months and now years since, I have had regular MRIs to track the progression of a vague spot in the left hippocampus of my brain. The hippocampus is located in the temporal lobe of the human brain and is widely understood to be correlated with memory functions. In Alzheimer patients, it is the first part of the brain that begins to deteriorate.

The first words doctors used to describe this spot were: fuzzy, blurred, indistinct. More recent MRIs show that the area has expanded, the fuzziness settled into scar tissue. I’ve been told human brains can take months to fully heal. Sometimes I imagine I can feel it, a quiet denseness at the base of my neck, tucked up somewhere deep inside. I imagine it hovering neatly near the top of my spine, a blurry, soft fruit.

The name hippocampus comes from the Greek word for sea horse – a reference to its long, curved shape. Sea horse, sea hare; perhaps searching for similarities to the familiar helps taxonomists ease the utter strangeness of underwater life. And yet, when naming the deepest and most mysterious parts of our inside, I suppose the scale of strangeness shifts; we name fragments of brain after sea creatures and study them in our search for memory. 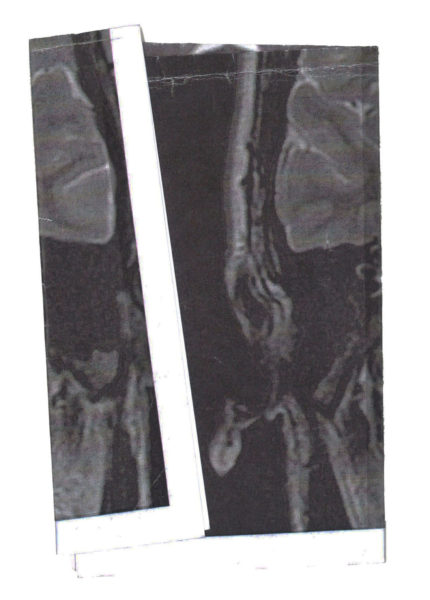 Folded scan of MRI print-out, 2018. Courtesy of the author.

Much of modern neuroscience seeks to locate where memory is physically stored. This yet unproven physical memory trace, called the engram, was first theorized and named in the early 20th century; scientists have been searching for it ever since. While most currently agree memory is somehow stored in the synaptic connections within the brain, the transplant of the sea hare’s memory demonstrates an alternate theory that dramatically shifts the scale and depth of encoded memories into the nuclei of the sensory neurons themselves.

In her book For the Time Being, Annie Dillard writes that at any given moment the surface area of waves breaking against the shore is roughly the size of the North American continent.[3] She writes that there are nine galaxies in the universe for every person on earth.[4] She writes that fourteen thousand distinct soils have been identified by geologists.[5] I write that the California sea hare has 10,000 neurons while humans have around 100 billion. A search for images of a sea hare’s anatomy turns up a cartoonish diagram with arrows identifying each fleshy zone, rendered in various shades of pink: mantle, siphon, parapodia. A simple gray daisy chain looping from the gill towards the oral tentacle is labeled cerebral.

When I was a teenager, a kinesiologist I was seeing told me that the word sincere is derived from the Latin sincerus, meaning without wax. With her hands cradling my wrists, she explained this was a reference to the raw state of marble statuary, before the finishing wax had been applied, glossing over the many small imperfections in the stone. Over a decade later I found out this is a commonly spread false etymology. Still, I like it – maybe even more so because it’s not true – and I think about it often in my studio; the way I try to fit things together without obscuring how it is done, the materials themselves rough, unfinished, and cheap. Other people’s scraps and discards. There is something in the materials being themselves. Perhaps this is naive or idealistic, but it’s something I keep coming back to. Through a collective misremembering of language, we can agree that there is something honest about the raw state of things. I wrap my right hand around my left wrist, fingertips gently but firmly pressed against the bluish underside, the way I remember the kinesiologist holding me as she felt for my body tapping out messages.

In my studio several weeks ago, as I prepared to leave for a month-long residency, I was sifting through my pile of construction grade pine, bits of carpet, fragments of trim and molding, some of them dotted with small patches of paint or crossed by faint pencil lines. They pile up in my studio, some never used. When I start to forget where they came from they draw me back in. They need this sort of curing time. Anticipating being gone from them for a month, I feel a bit lost. How will I make it without them? Even when I am not using them they are there, reassuring in their castoff-ness, their mere matter and the tiny histories marked into them – histories largely unknown to me – a comforting presence. Sitting here now, far away at my residency, I try to remember them all as I slowly gather a new, much smaller pile of scraps; small, light bits of pine and plywood that are the negative space of things already done, things I will never see.

Bailey Romaine is an artist and writer currently living in Chicago, IL.