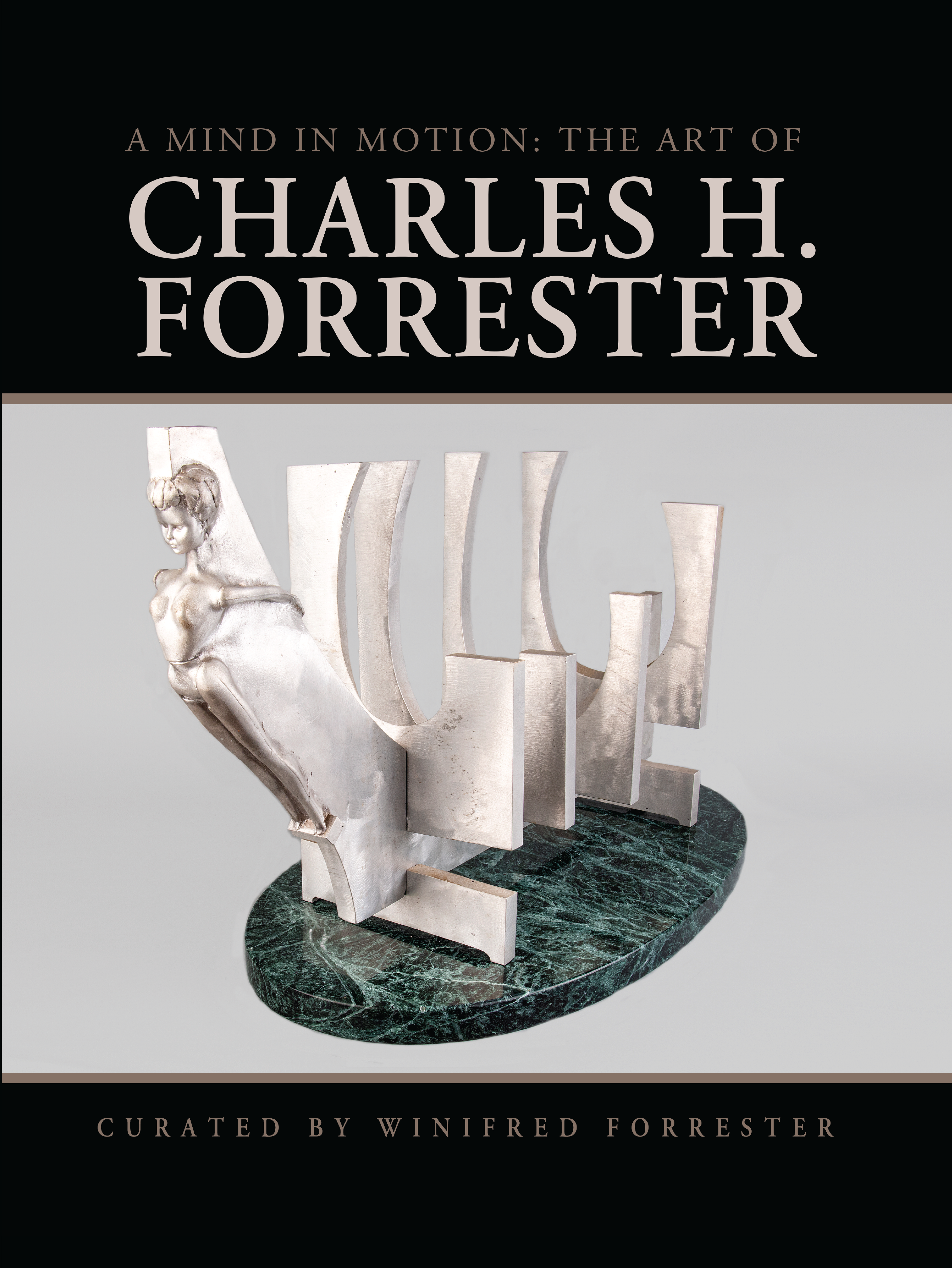 A new short documentary about Kentucky sculptor and educator Charles Forrester is currently making the rounds at regional film festivals and on public television where its been winning awards for its engaging remembrance of the life and work of this celebrated Southern artist and teacher. A Line Unbroken: The Charles Forrester Story was directed by Nashville filmmakers Patricia and David Earnhardt. The documentary won the Best Inspirational Film Award at the Top Shorts Film Festival, and it screened at Louisville’s International Festival of Films November 5-7. The movie made its Western Kentucky public television debut on WKU-PBS in October, and it will air across the commonwealth on KET-PBS in December.

Charles Forrester was born in New Jersey in 1928. He had an unstable home life with his father jailed for bank fraud and his mother hospitalized for schizophrenia. Forrester was raised by his older sister. After serving in the Air Force, Forrester returned to New York where he met a Barnard College graduate named Dorothy Reese – the pair bonded over reading the Communist newspaper, The Daily Worker. They married quickly and moved to the Pacific Northwest. Forrester went to college at Washington University before earning his M.F.A. at University of Oregon.

Forrester won the bid for a major public sculpture while he was still a graduate student: The Equestrian is a 25-foot-tall abstract monument of a horse and rider commissioned by the Springfield, Oregon Junior Chamber of Commerce to commemorate Oregon’s centenary in 1959. The sculpture was the first of a number of large works Forrester would complete in the Pacific Northwest, and his early success as an emerging artist still links Forrester’s to the region to this day.

After a period spent studying and teaching in Italy and England, Forrester received a call from the president of Western Kentucky University, offering the artist a position as the university’s very first sculpture professor. Forrester joined the university in 1965. WKU’s Fine Arts Center was under construction in the early 1970s, and Forrester’s recommendations for the sculpture studio – complete with a still-operating foundry – laid the groundwork for WKU’s sculpture program’s reputation as a regional leader here in the 21st century. Forrester taught and developed WKU’s sculpture curriculum over the course of a 27-year career at the school.

The Earnhardt’s use archival film and still photography, text captions, and contributions from experts and family members to tell Forrester’s story. Forrester’s daughter, Winifred, humanizes the artist and educator, offering family anecdotes about her father’s working methods, boundless curiosity, and sense of humor. Dr. Guy Jordan, Associate Professor of Art History in the Department of Art at Western Kentucky University, offers his own commentary about the wide range of architectural, figurative, abstract, and portrait styles that Forrester explored in completing approximately 500 works over his career. Jordan also points to Forrester’s work as a draftsman and a graphic artist, declaring Forrester’s 2D pieces to be as compelling as his sculptures. Russ Faxon is a sculptor based in Bell Buckle, Tennessee. Faxon is one of Forrester’s former students, and his contributions to the film shed a light on the nuts and bolts – sometimes literally – of Forrester’s patient, disciplined practice: “I don’t know if Chuck was a sculptor stuck in an engineer’s body or and engineer stuck in a sculptor’s body”, says Faxon. “They were always intermingled.” Kristina Arnold is the current head of the fine art department at Western Kentucky University: “I didn’t know Charles Forrester face-to-face, but as artists we’re connected almost through and unbroken line,” says Arnold. “I know him. I just never met him.”

See the trailer and more clips from A Line Unbroken: The Charles Forrester Story on Vimeo

Joe Nolan is an intermedia artist based in Nashville, TN. He writes about art and film for Art in America, Nashville Scene, Burnaway and more.