“Take It Easy, But Take It”: Interview with Margo Newmark Rosenbaum by Blair LeBlanc 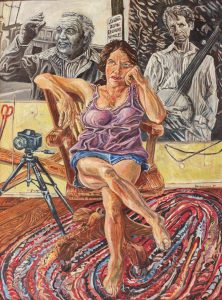 “I look for moments.”

Margo Newmark Rosenbaum is an artist’s photographer. Her new exhibition, Some Portraits, organized by Tif Sigfrids at Marinaro (May 26-June 26, 2021) shows a group of 11 traditional black and white portraits. They depict painters, writers, and musicians whom Rosenbaum encountered during her travels throughout the US and Europe between starting in 1974. These people are not the celebrities of popular culture. But, within the realm of us who worship the art gods, it’s nothing less than thrilling to see these casual pictures of giants including Alice Neel, Philip Guston, and James Baldwin. 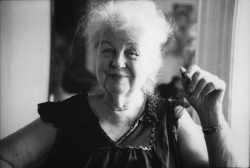 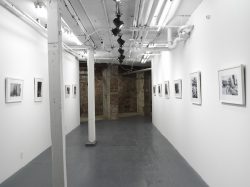 Margo Newmark Rosenblum, Installation shot of Some Portraits at Marinaro, 2021

Born in 1939 in Los Angeles, the now Athens, Georgia based artist began her career as a painter, having studied with Richard Diebenkorn and Elmer Bischoff. Rosenbaum earned a BA and Masters in painting before becoming interested in photography. She took her first photography class while working on her Masters in Art at the University of Iowa.

“I was interested in painting figures in motion/emotion and it was difficult to get models for what I was after. I took a photography class from Bud Lee and started putting more and more time into photography.” 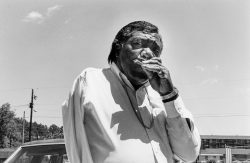 The transition, in part, was also inspired by her husband and collaborator, artist Art Rosenbaum.

“My husband has been a songcatcher over the years. He had been collecting traditional music over the years and often found people who had not been previously recorded. And that worked out as a team thing for us.” 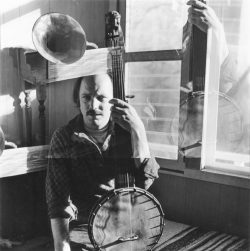 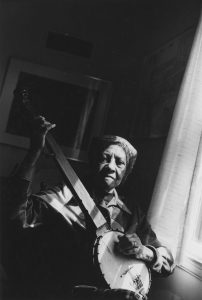 The couple moved to Athens in 1976 when Art was offered professor position in Painting and Drawing at the University of Georgia.

“I found Athens an interesting place to live as someone who is interested in visual art and music. Having come from California and lived in New York, I found it interesting to live for a long time here in Georgia. Sometimes I’m not too overjoyed with the politics of Georgia. I actually grew up with a liberal political attitude. And it seems kind of weird, probably, to be ending my life in Georgia. But my husband got a job teaching at the University. Which is why we’re here.” 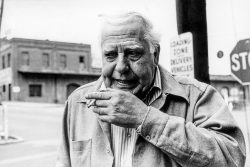 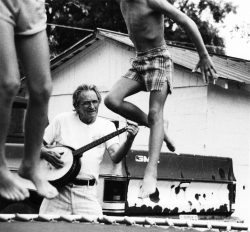 Their shared interests took them across the US and into Europe, where they sought out traditional music environments: these included Georgia blues men and women, mountain banjo pickers, and Scottish singers of old ballads – Margo would photograph, Art would make documentary recordings as well as more personal paintings and drawings. Much of this material was released on recordings, including a Grammy-winning boxed set, Art of Field Recording: Fifty Years of Traditional American Music Recorded by Art Rosenbaum, Vol.I, which included many of Margo’s photographs. In their travels, they met many noteworthy people, both musicians and non-musicians. 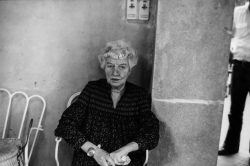 “And we did travel to Italy, where Art was teaching a watercolor course for University of Georgia’s Study Abroad Program in Cortona. It was there that we had a chance meeting with James Baldwin, struck up a delightful conversation, and I took some photos of him.” 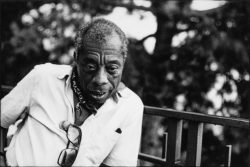 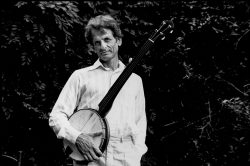 The odd chance circumstances under which Rosenbaum photographs, give the work a magical feeling. They’re not staged, but not candid. These silver pictures radiate with a surreal almost unbelievable aura.

“I look for moments. It depends on what it is. Sometimes I’ve been asked to, say, photograph a folk festival, something like that. In which case a lot of it is documenting. But even then, I try to look for moments. It’s very important to me that my images have a sense of life to them.” 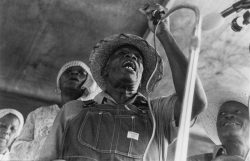 The photographs in this exhibition, Some Portraits were selected from Rosenbaum’s new book, Drawing with Light. 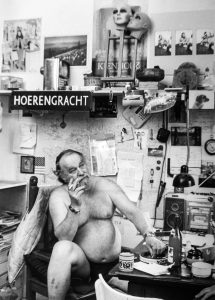 Blair LeBlanc (b. Atlanta, GA 1994) is an American artist living between New York City and Atlanta, Georgia. Her first solo painting exhibition (September – October 2020. Athens, GA) marked both her transition from photography and her homecoming from a year living in New York City. Recently, her photography landed in international press including Artforum and ARTnews in January 2020. Her next exhibition opens at Guggenheim fellow Craig Drennen’s The End, in 2022.