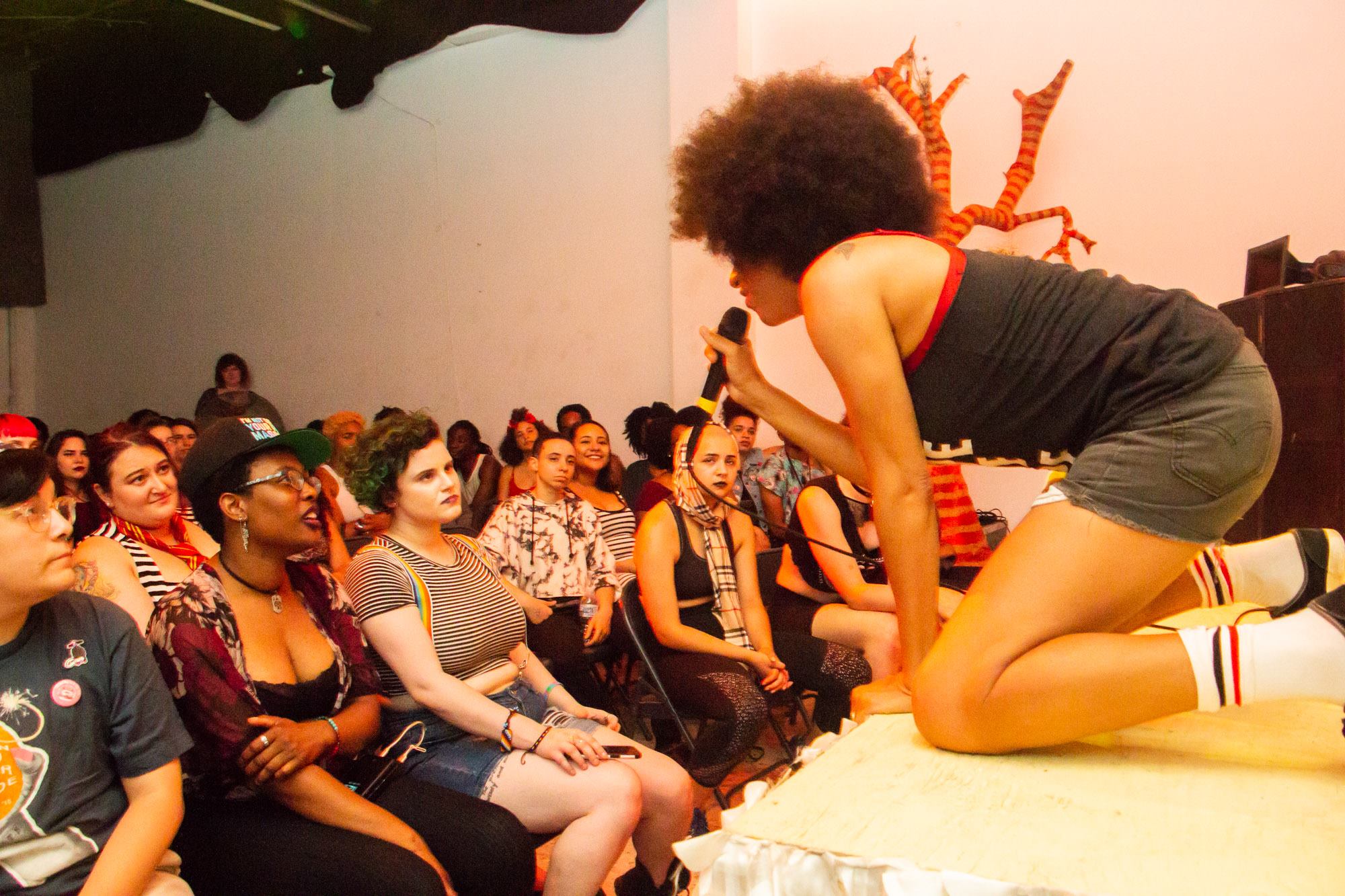 Southern Fried Queer Pride is one of the fiercest organizations in Atlanta. Created by performer and community activist Taylor Alxndr, SFQP has become a haven for queer people all over the South. Taylor and her team have hosted drag shows, pop-up thrift shops, comedy nights, artist markets, film nights, dance parties, potlucks and just about anything else you can think of. For nearly five years, Taylor has led projects and community events gathering LGBT and POC artists and creatives. The organization’s biggest project to date was 2018’s ATL is Burning Ball, sponsored by Red Bull, an event that received national recognition and put SFQP on the map in a major way with coverage from Vice Magazine, Paper Magazine, and more.

Southern Fried Queer Pride has become not only a safe space for entertainment and parties, but an invaluable resource for community dialogue, civic engagement, public health tools, and building grounds for radical vision and protest. We spoke to Taylor about her success as an organizer, SFQP’s upcoming events, the future of the queer community, and what it takes to be the advocate warrior and superstar that she is.

Your mission statement and vision for Southern Fried Queer Pride is refreshing and powerful in that it seeks to offer service and visibility for the often underserved and underrepresented queer and arts community in the South. What was the catalyst of SFQP’s creation?

SFQP started in 2014 out of a lack of spaces for art and activism to meet, as well as a lack of space for youth and people of color to exist. Most queer spaces then were 21+, heavily bars and clubs, and lacking the arts. We started organizing house parties and meetings in people’s houses, which all led to our first festival in 2015.

SFQP offers a wide range of programming in Georgia and beyond, from clothing drives and potlucks to performance art. Organizing at this level requires a lot of talent and hard work, and a lot of things to go right. What has been the key to your team’s success in maintaining such a wide, diverse and impactful platform?

One of our main goals is to always meet people where they are, and that often changes. Sometimes the community flocks to DIY venues, and then sometimes to bars, then to coffee shops and churches. We also make sure that we remain an accessible organization where anyone from the community can join – whether you have a college degree and years of organizing experience or if you dropped out and have never organized anything and want to start.

In terms of civic engagement, how do you as an organizer stay engaged and diligent when so much of the world can be draining and exhausting, especially for the QTPOC community?

It’s something I’m still figuring out. Currently, I’m trying to navigate burnout while still being looked at as a resource in the community. I think everyone can understand the idea of capacity more – what’s our capacity as an organization, as an activist, as a supporter or community members, etc. 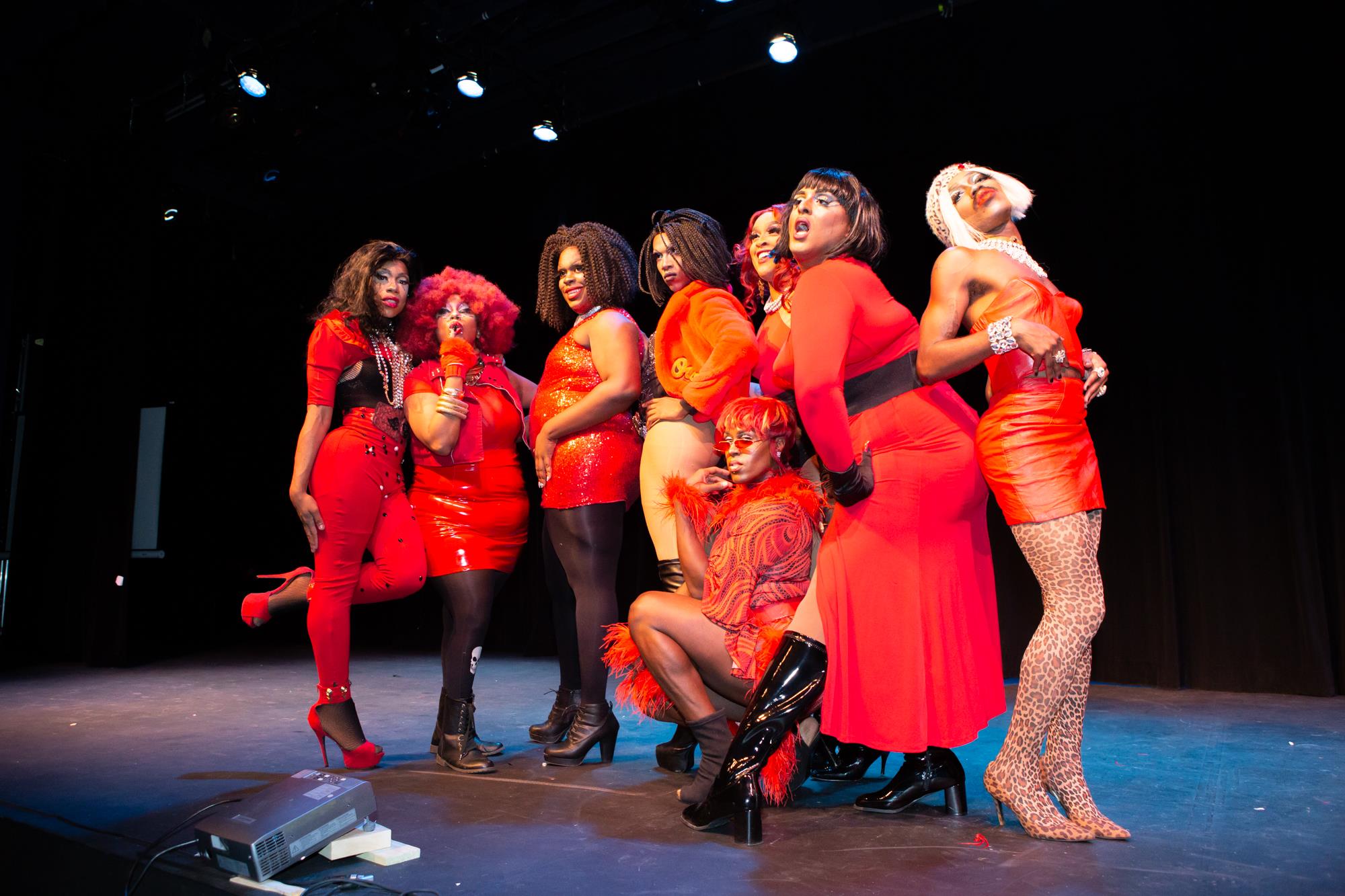 Definitely our ATL Is Burning Ball with Morph that happened last November. When I came to Atlanta, the ballroom scene was one of my first introductions into the community. To come full circle and to honor a community that gave me community meant so much to me. And to see the diversity of people of color who attended it was also just so gratifying.

What are you looking forward to the most for this year’s SFQP festival?

It’s our 5th year, which is major for an independent queer arts festival. I’m looking forward to celebrating that and everything we’ve done since 2014 – but also celebrating the future we have here in Atlanta, Durham, and soon New Orleans. I’m also really excited for all the amazing musicians and performers coming for the festival.

If you had to describe SFQP Festival 2018 as an animal, what would it be? What animal is SFQP Fest 2019?

How does your work as a performer and music artist intersect with the work you do for SFQP?

SFQP builds community through the arts. We aim to use the arts to approach activism in a more accessible, grassroots way. Being a performer and musician definitely has helped me bridge my know-how from the two worlds of the entertainment arts and organizing. 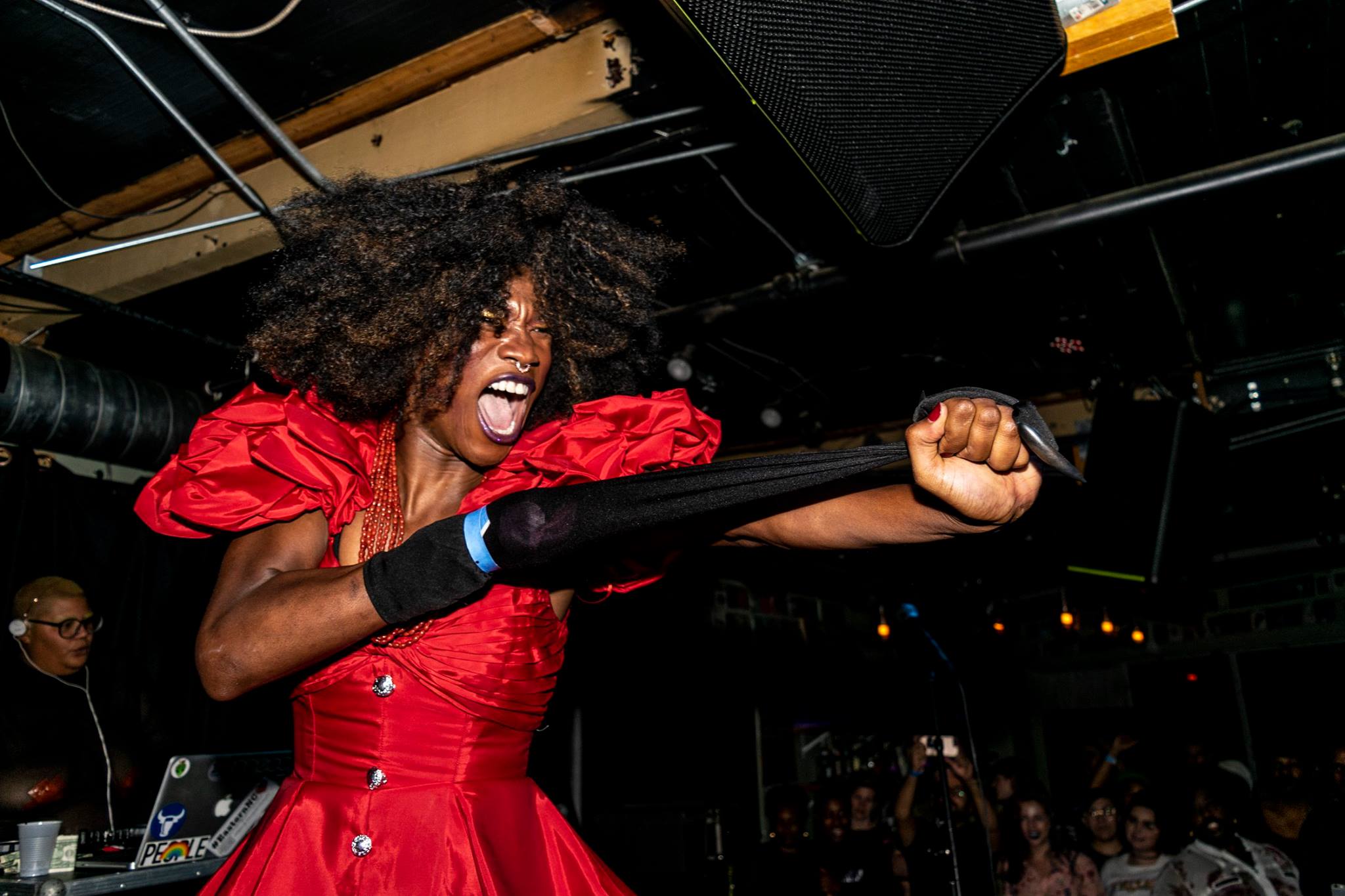 Micky B, photo courtesy of Manny Menendez and Necromanny Photography

The theme for this issue is Future Past. What’s an idea or myth you’d like to deconstruct from the past that can help our future?

The myth that if you’re not working, you’re being lazy. This is something I’ve really felt and am working on unlearning. If we all could take time for ourselves to relax, I think we could create and organize more productively.

Are there any important lessons you’ve learned as an organizer or performer that informs your current and future decision-making that you’d like to share?

Being an organizer has definitely given me lessons in being more sensitive and aware to people’s identities, experiences, etc. Being a performer has taught me time and time again that all of this work and performing means nothing if you’re not having fun.

What would you like to see for the future of the queer community in the next 50 or so years?

In the next 50 years, I want to see more internal building and creating. I think since Stonewall, our community has sometimes looked for affirmation and resources from the cisgender, heterosexual world. I would love to see us become more reliant on each other, and not cater to the mainstream, straight way of things.

Nicholas Goodly is a recipient of the 2017 Poetry Society of America Chapbook Fellowship. A Cave Canem Fellow, Nicholas received an MFA from Columbia University. Nicholas is the writing editor of WUSSY Magazine and Critic’s Choice for Best Poet 2018 in Creative Loafing Atlanta.