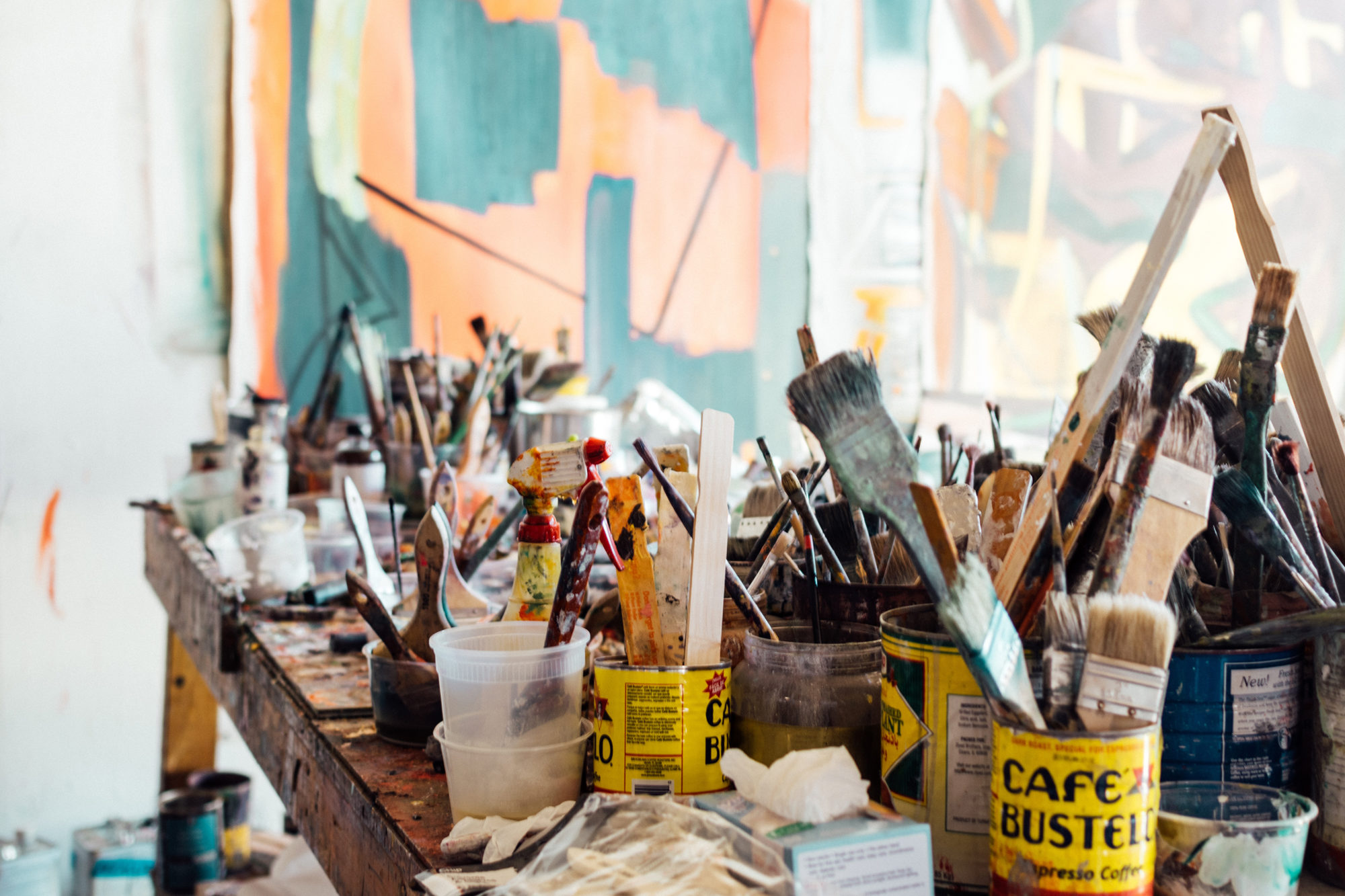 Photo by Khara Woods on Unsplash

A catch-22 is a dilemma of choices that are mutually dependent and conflicting, allowing for no solution or escape from the problem. The title of Joseph Heller’s 1961 novel, Catch-22, refers to a fictional military bureaucratic rule that justifies contradictory and illogical action taken against and by soldiers. In a broader sense, the novel’s title refers to the essential dilemma faced by Heller’s fictionalized WWII soldiers as they try to maintain their sanity while attempting to survive the insanity of war. Kafka’s Josef K. faces a similarly absurd dilemma in The Trial, as he is forced to move through the process of criminal trial for an unidentified crime. If he continues through the process, he will most likely be convicted, but there is certainly no hope of exoneration without continuing. While both Catch-22 and The Trial are fictionalized products of twentieth-century pre-war and post-war anxieties, the absurd traps present in both seem fitting as an introduction into the discussion of higher education and its recruitment and treatment of adjunct instructors. Particularly in the Arts and Humanities, where these departments have seen deep cuts in funding,[1] universities have become more dependent on part-time, low-wage teaching positions lacking in job security and benefits. The catch-22 dilemma is created when institutions of higher learning – ideally meant to promote critical engagement and upward mobility – continually perpetuate and maintain a system of exploitation spurred by the lack of funding. This is not only an issue regarding the abuse of educators, but a larger, more critical issue concerning institutional and societal depreciation of a true liberal arts education. This issue is particularly grim in the Arts and Humanities, as institutions continually boast a liberal arts core curriculum while simultaneously defunding the Arts and Humanities departments.

For the past decade, colleges and universities have shifted towards hiring adjuncts to teach lower-level and core curriculum classes. Because the economy of higher-ed has incentivized departments to practice semester-to-semester hiring, full-time and tenure track jobs have become few and far between, rising the competitiveness of the job market to the extreme. According to the 2014-2015 report by the American Association of University Professors (AAUP), approximately 80% of combined instruction and research on university campuses is done by adjunct and non-tenured track faculty[3]. In 2013, The New York Times reported that only 24% of faculty positions were tenure and tenure-track positions, leaving the majority of course loads to adjunct faculty. In the aftermath of the economic recession and struggles of the past decade, states have cut back on university funding, and the reliance on adjunct faculty has only increased.

Because of this over dependence on low-wage, part-time faculty, there are now more degree-holding academics and creatives than there are full-time positions. Many artists and creatives who are funneled into adjunct positions are often highly trained and talented people in the early stages of their careers. Their incentive to enter academia is built upon a common philosophy perpetuated in the undergraduate and graduate programs that teaching is a gateway to a successful career in the arts. In our own experiences, the writers of this article were counseled throughout graduate school that teaching was not only economically useful – supplying a paycheck to fund our artistic endeavors – but also would work as a perfect counterpart to our creative pursuits and practices. The ideas developed in our pedagogy and professional practice courses were focused primarily on academic careers, giving little guidance for alternatives. We were urged to think of teaching as critical to the conversations and observations necessary to fuel our art. This was well aligned with the utopian construction of graduate school, where our research was taken seriously, and time was made for us to deeply explore our artistic impulses.

On a more practical level, we were given the impression that adjunct teaching would work as a literal gateway to more stable, full-time positions that supply steady funding for art and research, and that by working as dedicated part-time educators we would gain the skills and connections necessary to be considered for tenure-track jobs. However, the reality of an adjunct life is in many ways discordant with this path, and any romantic notions of teaching are quickly suspended. Because adjuncts are kept at part-time per institution to prevent benefits eligibility, most scramble across universities, teaching at three or four schools at a time, sometimes working additional part-time jobs, often in the food industry or gig economy. The writers of this article work in restaurants, cafés and childcare alongside teaching, and we often find the wages in the unskilled labor market equal if not more than the wages for educators holding multiple degrees.

The commuting time between campuses, low wages that force many to find supplementary income, lack of benefits, and the demanding workload leave most adjuncts with very little time and money to work on their own careers. We find ourselves in a catch-22: without the early teaching experience attained through adjunct teaching, in most circumstances, one will not be considered a serious candidate for a stable, full-time position. However, as so often is the case with low-wage jobs, the heavy workloads necessary to make a living wage cut adjuncts off from their own creative pursuits. The time spent on class planning and grading alone is often far beyond the credit-hour pay rate, which can be as low as $1,900 for a semester-long class. Not only is much of the labor required for these courses done for free, but this unpaid overtime further restricts the artist adjunct’s schedule, leaving little time to produce the artistic work required to further one’s career. They are unable to focus on the work, showings, and publications university departments require for serious consideration for tenure-track jobs. Many artists become trapped, dependent on the semester-to-semester hiring, while finding it more and more difficult to hone other lucrative skills or focus on the high caliber work needed to break out of the exploitative cycle.

This dilemma is not distinct to the Arts and Humanities departments. Academics across the board are suffering from a system of low-wage and contingent hiring. Adjuncts’ struggles have been widely reported, focusing on the economic issues and psychological effects of undervalued academics. Alastair Gee’s groundbreaking article, Facing Poverty, Academics Turn to Sex Work and Sleep in Cars, published in the The Guardian, highlighted the extreme living-conditions of some adjuncts, including homelessness and prostitution. Many adjuncts across all academic fields rely on food banks, charity, and welfare simply to meet daily sustenance. Citing a 2015 report for the Labor Center at UC Berkeley, Gee writes, “A quarter of part-time college academics (many of whom are adjuncts, though it’s not uncommon for adjuncts to work 40 hours a week or more) are said to be enrolled in public assistance programs such as Medicaid.” Articles like Gee’s have pushed many adjuncts and members of the academic community to begin actively fighting for unionization within the various private and public institutions. The establishment and organization of these unions across academic fields are working to bring higher wages and benefits, job security, and research support to the millions of contingent faculty members across institutions. Recently, Fordham University’s adjunct and non-tenure track faculty successfully unionized and secured their first contract, which will raise adjunct salary by 80% over a period of 3 years.

Because of the nature of creative professions, artists find themselves in a unique position as our society increasingly devalues the arts while placing emphasis on STEM. This is happening at all levels of education where state and federal government continues to defund arts education and public programs, and secondary and higher-ed institutions focus attention on STEM majors. As the devaluing and defunding of the arts continue, the job markets for fine arts and creative fields are increasingly sparse. Teaching, especially in higher-ed, becomes one of the few places artists can make any kind of wage while ideally honing their own artistic skills. However, as established earlier, this ideal is rarely the reality as schools continually work with slashed budgets and a lack of resources, and they depend on contingent faculty, who receive little to no support in or outside the classroom. The lack of research funding, career development, and guidance that is problematic across all academic departments only further increases the disparity of the artist, who in turn, finds it difficult to promote and support not only her own artistic career, but also the very culture and knowledge she is supposed to be fostering in her students.

For the artists, this is a very isolating position. The inability to participate in the artistic conversation in the beginning of your career can stifle your ability to succeed. But this problem is deeper than just academia. The exploitative system dependent on adjuncts is just another structure that perpetuates a long-time issue of classicism in the arts, where those who have the privilege of time and money are those who often succeed, while those without access to the freedoms of privilege, whose perspectives would effectively challenge the artistic conversation, are often stifled by the circumstance of poverty. Poverty, as we know, is often cyclical, as is success, suggesting that, in the arts, the structures that promote certain voices can also function to silence others. This has become exacerbated by the turn the art world has made towards relying heavily on MFA and PhD programs to produce rising stars. This narrows the entryway into this world, compelling many artists into MFA and PhD programs that are not funded, increasing overall student debt. For the adjunct coming out of these graduate programs who believed in the altruistic myth of a supportive academia that would lead to a viable career in the arts, she finds herself in a disheartening catch-22, exhausted by an institutional dilemma with seemingly no alternatives.