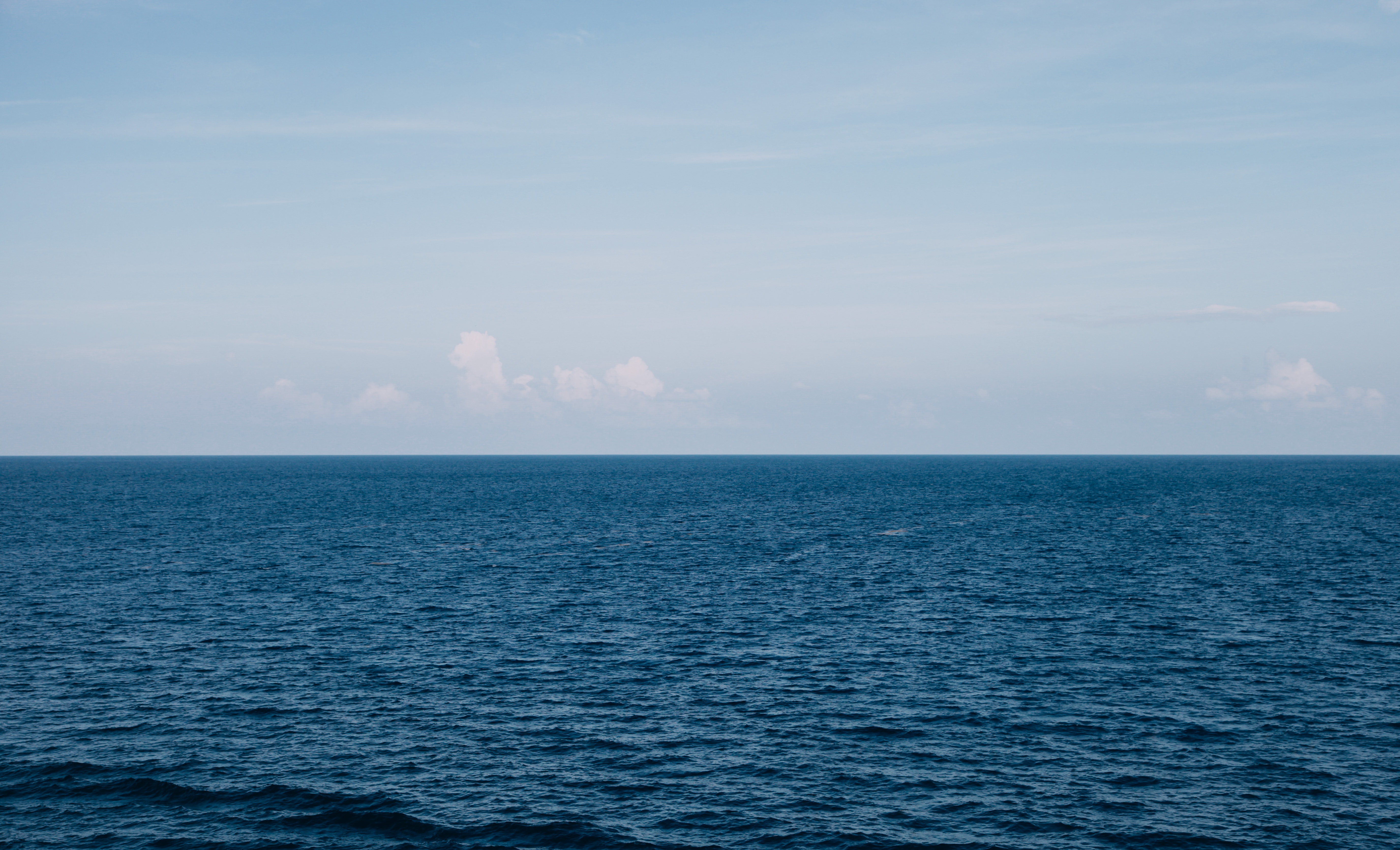 Modernity relies on critique to reinvent itself and to justify colonial exploitation, creating new hybrids and paradoxes and finding new ways to look at the world and our relationship to the past.

— Irmgard Emmelhainz, “Decolonization as the Horizon of Political Action” (2016)

Despite contemporary verbiage that posits the internet as a nebulous and existential “cloud”, the internet is a physical entity, materially realized as a complex network of fiber-optic cables that spans the ocean floor. Transmitting ninety-nine percent of international data, the fixed design of submarine-cables is based on established colonial trade routes—a mapped relic that actively preserves historic systems of subjugation. Initial transatlantic cables, referred to as the “All Red Line” after the practice of coloring British Empire territories red on political maps, were first successfully laid in 1902 to transmit digital telegraphs; in 1956, new cables carried telephone signals; telecom infrastructure firms bolstered by the 1990s dotcom boom funded extensive installation of submarine cables; and in 2015, the latest material imprint along the ocean floor was completed with the installation of the GTT (formerly, the Hibernia Express), a 4,600km submarine-cable system specifically designed for connecting hyper-competitive hedge fund traders from North America to Europe. It is currently the fastest-available and exclusive bandwidth by a margin of six milliseconds.

It is no great irony that contemporary digital infrastructure should resemble in form and function the elusive expanse of its physical site; technological advancements consistently reflect the values and hegemonic identities of the societies they serve. The rapid development of western digital infrastructures across the sea-floor is a physical result modeled by stakeholders of power in their ambitions to collect, store, evaluate, and expand what is contemporaneously referred to as “connectivity”. The internet and ocean are, by design, a shared site and system of conquest.

In recent years, the sea and information technologies have similarly been referred to as the last final frontier(s). The rhetoric surrounding “final frontier” or specifically, “digital frontier”, exists as a potent symbol of western culture. It denotes an ambition for territorial or informational advancement whereby settlers, pioneers—typically white, male, heteronormative, able, and backed by a foreign polity—acquire full or partial control over another land and its occupants through domination and economic exploitation. Such actions are often framed by the hegemonic entities that exert them as objective exercises in developmental aid, albeit manifest in rules, designs, forced belief systems, identities, interests, and cultures by the dominant power.

Facebook’s pseudo-philanthropic mobile app Free Basics, a free, limited-internet service offered in Colombia, Ghana, Kenya, Mexico, Pakistan, and the Philippines, intended to give users access to the internet for the first time, is a timely example. Equipped primarily with services from private Western corporate companies like AccuWeather, BBC News, ESPN, and the search engine Bing, the app does not include an email service, major local news platforms, or any other social platforms besides Facebook and inadequately represents the linguistic needs of local populations, offering service almost exclusively in English-language options. The name “Free Basics” alone underscores it’s white-industrial-savior sentiment, justifying partial access to what it deems a basic right as better than none. Largely, Free Basics mines and collects new-user meta data that is representative of the authoritative identities and structures that implemented the service, exploiting and monetizing assumed “disconnection” of populations in differently mobile countries.

But is it real connectivity, if you only visit a few websites and communicate with people you already know? Is the Internet empowering if you cannot create, innovate or collaborate without maximizing the wealth of someone else?…A truncated version of the Internet for the poor is an information diet low in calories, one of mere subsistence and not of human development and economic growth.

The passivity to mostly western content required of users within the expanding reach of dominant tech providers is a form of intellectual and cultural submission. Certainly, passivity is a requisite state of image and information consumption, conditional for participation and life in modern societies. It reflects a historic practice of cultural imposition that has long been practiced in digital and physical landscapes, particularly in modern centuries under the guise of entertainment. Consider, for example, Super Mario Brothers, a video game in which players run through an exotic landscape, stomp on everything, and upon winning, raise a flag. Or, Walt Disney’s 1955 thematic amusement park “Frontierland”, designed as a “a tribute to the faith, courage and ingenuity of our hearty pioneers who blaze the trails and made this progress possible”, where park-goers can ride the Sailing Ship Columbia—a replica of an 18th century, privately-owned American maritime trade ship noted for its acquisition of animal furs from indigenous peoples.

Art and its viewing, too, is a form of infotainment consumption and provides the aesthetic neo-liberal ground from which passive audience interactions and social engagement is collectively commodified. Guy Debord’s discussions on the role of the image in the “autocratic reign of the market economy”—in his prescient essay, The Society of The Spectacle—accurately speculates that media saturation is a capitalistic instrument for pacifying the masses. In his writing, Debord refers to this phenomenon as a “spectacle”, noting that the use of the term “media” often signifies forums of spectacle (advertising, celebrity, entertainment) as a kind of public service.

A loose conceptualization of “public” is defined as a space of equitable citizen participation and communal association where shared identity and sense-of-place is assumed to be upheld, inhabited, and understood by all proportionately. Facebook’s “Free Basics” app, free-use social media platforms, search engines, and email service providers, like national parks, air, the ocean, are considered essential community services and a sovereign right to effectively participate in the public.

These digital and physical publics are demarcated as spaces of interaction. Much as an individual can approach the periphery of ocean, occupy it, take from it, document it, gather there, any person able to connect to the internet can publish, distribute, consume, and broadcast generated data and media. But the commons are governed by a complex system of local, state and federal law. And, critically, a public resource need not be publicly owned to be considered part of the commons; the public has shared vested interest in the sustained ecological preservation and equal access to ocean shorelines as a public trust resource, even though seventy percent of the United States shoreline is privately owned. Likewise, equitable access to the internet and related digital information services is largely considered an essential commodity in privileged and “connected” societies, although these systems of access are exclusively centralized by global telecommunications agents with the freedom to monetize and manipulate individual actions.

As Debord anticipated, internet infrastructures propagate the idealism of unfettered participation in a “public service” space, while concurrently exploiting users as passive and isolated workers of whitenized digital conquest.

As a phrase, the “final frontier” stems from the distinctly American thesis that economic power and individualism is inextricably related to expansion, a lasting colonialist concept reasserted in 1893 by Professor Frederick Turner at the World Columbian Exposition in Chicago—an event commemorating 400 years of national progress since Christopher Columbus’s Spanish-imperial acquisition. His address “The Significance of the Frontier in American History” accelerated the conception of the “frontier line” in 20th century America to include global overseas expansion.

These are the voyages of the Starship, Enterprise

To seek out new life and new civilizations

To boldly go where no man has gone before.

The acceleration of dominant Internet corporations seeking increased global “connectivity” and “contact” through developmental dominance echoes the same neo-colonialist approaches such language denotes. That the physical manifestation of digital colonialism in the form of submarine-cables should exist as a latent mirror to long-established colonial maritime trade routes is a design of reliability as well as continuity.

The ambitions of late-liberalism to deploy the internet as an essential commodity for global participation—and information access—preserves the systemic oppression of marginalized bodies previously mapped by colonial trade ships in the contemporary digital landscape.

By lack of access to equal, unfettered, and intersectional online spaces, “othered” populations are inaccurately represented by the hegemonic internet infrastructures that surveil their activity. Those privileged to live in “connected” societies participate in systems of access exclusively centralized by global telecommunications agents with the freedom to make collective behavior predictable and monitor, process, mediate, analyze, and privatize personal data, without individual agency or authorship over their data-self. Offline populations and individuals excluded from participation by geographic, economic, physical, or linguistic barriers are effectively forced into erasure as information systems, media, and population assessments increasingly aggregate and exist entirely online.

The notion of the internet-as-archive, an existential “cloud” disparate from our physical self, or as a space of potential sovereignty, are idealistic and human-centric interpretations of an infrastructure that routinely disavows the lived experiences of othered communities.

In Hiroshi Sugimoto’s Seascapes, Allan Sekula’s last filmic endeavor, The Forgotten Space, and Sean Scully’s Landline Series, the ocean is variously pictorialized as an aesthetic space of seamless horizontality, submissive to the capitalistic and neocolonial endeavors that traverse its surface and interior. It seems a fitting aesthetic parallel that computer screens, when opened, mimic the same flattening of infinite expansion.

Audrey Molloy is an arts writer and educator in Nashville.